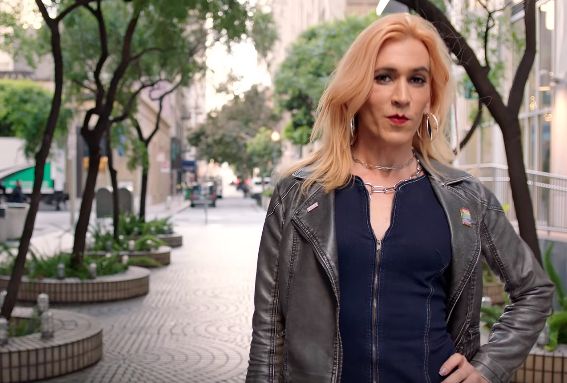 Renew Life Ultimate Flora Probiotics aims to shift the conversation about gut health in its newest - and boldest - campaign in the brands' 20 year history. In a category traditionally led by symptom management and negative perception, Renew Life is redefining how to talk about gut health with the launch of its "Being Human Takes Guts" integrated marketing campaign, which sheds light on the positive benefits that come with a healthy, balanced gut.

Award-winning actor, William H. Macy, lends his voice in two videos, including the launch anthem video featuring real people and the inspiring things they do every day, both ordinary and extraordinary, that take guts. Macy's wife, award-winning actress Felicity Huffman, will lend her voice to future spots and serve as the campaign spokesperson. This marks the first time the famous couple have collaborated on a project in several years.

"As they say, life takes guts. Felicity and I try our best to lead a healthy lifestyle and that includes keeping our gut in check because it plays an important role in our overall health," said Macy. "Everything from growing up today to becoming an adult to parenting requires a relentless perseverance to reach our full potential as human beings. That's why we were excited to collaborate with Renew Life on this inspiring campaign."

"Being Human Takes Guts" is the first brand campaign executed by FCB Chicago (Foote, Cone and Belding), which became the agency of record for Renew Life Probiotics in 2016. FCB is leading the integrated campaign, which includes a total of four videos (15 and 30 seconds) that will run online, across social media channels and be featured on the brand's website. The integrated campaign also includes print ads and will be supported with public relations and influencer promotion (Purple Door Communications), media (AKQA and OMD) and social media efforts (handled internally). In addition to lending her voice to future spots, Felicity Huffman will serve as the campaign spokesperson to help educate people - especially those interested in living a healthy lifestyle - on the importance of gut health.

"Bill and I are a part of this campaign because we know firsthand the benefits of a healthy gut," said Huffman. "Eighty percent of our immune system is located in our gut, making it the cornerstone of good health. Everyone in our house takes a Renew Life probiotic daily and it's made a huge difference - we're healthier and have more energy. It's a small investment with a big return that helps power our potential to be healthy and take on your day."

Research shows the benefits of a healthy gut can positively impact immune health, energy, sleep, digestion, happiness, memory and more. However a recent survey[1] shows that nearly three quarters of women (72 percent) have experienced an occasional digestive/gut issue in the past 12 months, but nearly two in three women (64 percent) aren't willing to talk about gut issues with their friends. These insights drove the creative development and execution of the campaign, which is aimed to reach women aged 25-54 with a focus on gut health education.

"The gut is not the source of your problems; it really is the source of your potential," said Katie Keil, marketing director Renew Life. "We're challenging conventions within the probiotic category to turn the conversation around from one that is often negative and shameful to one that educates and inspires people to care about their gut health."

The campaign also features a mix of influencers that exemplify what it means to live life with guts. The influencers featured in the anthem video and three future videos include:

Adrianne Haslet, professional dancer, Boston bombing survivor and amputee, marathon finisher, inspirational speaker: "I've always been focused on my health, especially now, and I've realized much of my success relies on the health of my core or my gut."

The Quinones family: mother and model Amanda Quinones, her husband, Mike and their son Micah, child model with Down Syndrome and star of the @lifewithmicah Instagram account: "Parenting takes guts; we don't view Micah's disability as a limitation. We use probiotics to help keep our entire family healthy so we can reach our full potential."

Marley Dias: Twelve year old activist behind the #1000blackgirlbooks movement, Marley is determined to highlight the need for more black girls as the main character in children's books. She is also an author and aspiring magazine editor of her own magazine: "People have told me I'm their hero. I just wanted to read more books about people like me. I think everyone can be their own hero."

"Our work recognises that being human isn't easy – it's not about judging what people do or how they act, but celebrating the sheer fact that they are real, amazing people, trying their best, and living life with guts," said Liz Taylor, Chief Creative Officer at FCB Chicago. "The cast is comprised of real people with real stories and authentic relationships – celebrating all of the ways being human takes guts."
view more - Creative