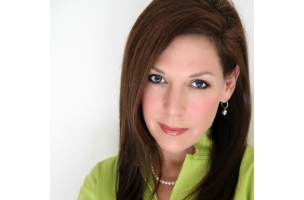 As the president of FleishmanHillard, Asia Pacific, Lynne Anne Davis oversees the agency’s Asia Pacific operations, encompassing three brands and 18 offices in 10 countries. Under her leadership, FleishmanHillard has been awarded “Asia Pacific Network of the Year” five times by three different industry authorities over the past decade, and is consistently the fastest growing region in the company, named “2014 Global Agency of the Year” by PRWEEK.

A thought-leader and speaker on industry innovation, Davis has served on many awards panels, including as PR Jury President in the 2013 SPIKES Asia Festival of Creativity. In 2013 she was named, “Global Women’s Champion” in the Women of Excellence Awards held by the National Association of Female Executives, and received an “Individual Achievement Award” by The Holmes Report. She was voted one of Asia’s Most Admired Agency Leaders in a 2014 poll of senior marketing executives conducted by Campaign, and success of the agency in Asia earned her a spot on PRWEEK’s 2014 Power List.

Here she catches up with LBB to discuss her role as this year’s PR jury president and what she hopes is in store for this year’s jury panel.

Lynne Anne Davis> In 2013, I got my first taste of chairing a jury at the SPIKES Asia Festival of Creativity. What a remarkable year to serve in that role. The creative artistry on display was absolutely stunning. (Who will ever forget Dumb Ways to Die, Driving Dogs and Fair Go Bro?) As jurors, being spoiled for choice is fantastic. As you’d expect, it does however breed a great deal of animated debate. Fortunately, we all agreed early on with one simple but significant guidepost. As integration permeates every discipline, it was our distinct responsibility to focus on exceptionally creative campaigns in which PR and PR thinking was the hero. No wonder those shelter dogs drove away with the Grand Prix!

It was the right guidepost then and it applies perfectly in Cannes, where we will be spoiled for choice on a massive scale. It is already a record year for entries in the PR Lions, a sign of PR’s growing influence and future.

LD> It’s hard to believe it was only in 2009 that the PR Lions debuted at the Festival, when you think of the epic changes that have transformed the entire industry since then. Technology has democratized creativity. All disciplines have embraced integration and the mash-up between them has accelerated exponentially. PR plays a role in every groundbreaking campaign. However, in those it leads, evolved public relations as a powerful, quite distinctive force.

To say we’re evaluating the freshest creativity in campaigns where PR is the hero, and PR thinking is applied brilliantly in the mix, begs a question. How do we define that hero? Once a campaign is deemed outrageously creative (after all, that’s what this Festival is all about), we will then evaluate its PR heroics. Badges of the best of the best, worthy of a PR Lion: Earned trust that comes from authenticity; PR deliberately prioritized in the strategic planning process, not just as an outcome; Multi-dimensional storytelling based on insights that make emotional connections with audiences and inspire them to act; Brand trust and relationships stoked with staying power, influencing reputation long beyond any fleeting spectacle; Persuasion and influence through what people actually experience and say about the product/brand/organisation; and, Behavioral as well as perception shifts, with the ultimate goal of achieving business outcomes.

In addition, I firmly believe that every campaign is deserving of a big idea that changes the world.  We should all be demanding business and societal outcomes in our work.

LD> Having just reviewed a large cross-section of entries in the preliminary judging round, I can say that the agencies do a magnificent job of painting the bigger picture behind their main subject to provide ample context. That is one of the most enriching aspects of the judging process. You learn and get inspired at every turn.

Living abroad for half of my life and working in a multi-cultural environment my entire career has afforded me a global mindset that appreciates differences. Our jury is quite cosmopolitan and well balanced culturally so there should be a resident “travel guide” for nearly all of the campaign origins, which will prove helpful for teasing out these nuances during our discussions.

LBB> When you’re leading a jury, how do you give space to these ideas in the jury room?

LD> This is an extremely accomplished panel of professionals with expert perspectives to share.  Everyone will be encouraged to listen as much as they contribute. There will be plenty of both.  Already, ideas are being exchanged and rapport is getting established. We’re heading into the jury room with a shared goal: to celebrate the highest order of creative PR excellence in the world.

LBB> Obviously you’re going to spend a lot of Cannes 2015 locked inside for jury deliberations… but is there any event or talk you’re hoping to catch while you’re there?

LD> High on my short list is actress Julia Louis-Dreyfus with CNN’s Christiane Amanpour on creativity, satire and the role of comedy in modern pop culture. A delectable trifecta for the times.

LD> Whatever Pharrell Williams is wearing, of course!