Iris is behind the powerful ooh work heading to Glasgow 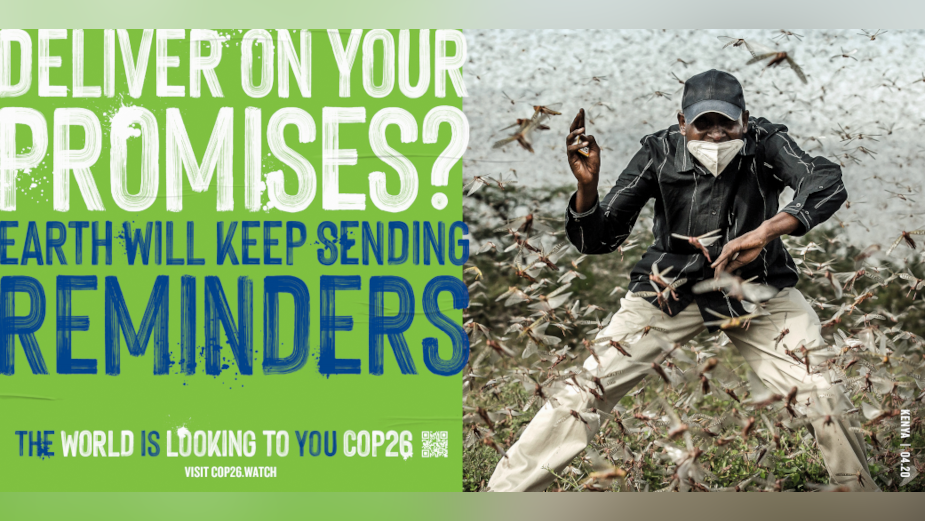 A powerful new OOH campaign revealing the alarming reality of the climate crisis has been unveiled today across the UK. ‘THE WORLD IS LOOKING TO YOU COP26’ targets delegates and business leaders attending the vitally important event beginning in Glasgow next week.

COP26 is widely acknowledged as the most important COP since the Paris Agreement in 2015. The event will bring delegates from around the globe together to accelerate action towards the goals of the Paris Agreement and the UN Framework Convention on Climate Change.

With the event already delayed by a year, time is running out to change the course of history.  The climate emergency must be addressed with urgency and seriousness and it requires a collaborative global effort towards wholesale and systemic change.

The campaign aims to shine a light on how widespread and devastating the impact of the climate crisis is on people across the world. It serves to remind world leaders and delegates at COP that it is their responsibility to seize the immense opportunity presented by the event and take decisive action to avoid climate disaster. 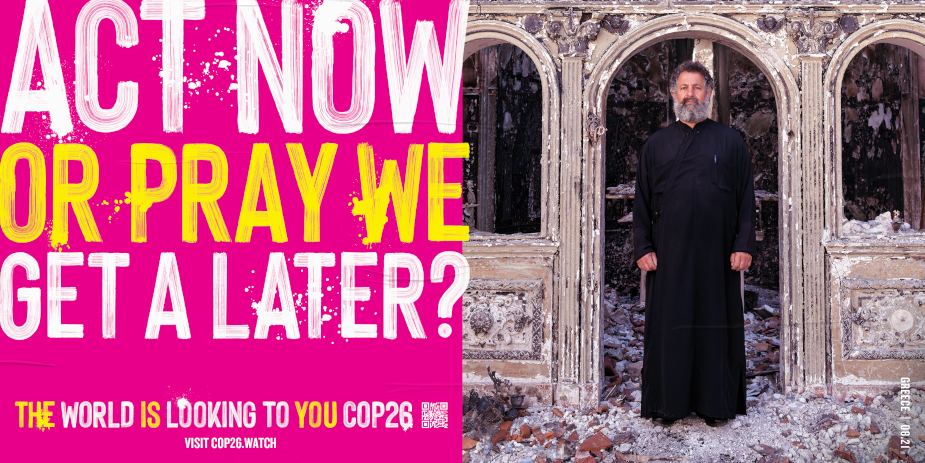 Going live in major transport hubs across the UK, delegates travelling to the conference will be faced with real life portraits of people from the front line of recent climate disasters, bringing the harsh reality of the crisis straight to the corridors of COP.

Jake Dubbins, managing director at Media Bounty, commented: “Fossil fuel companies and other high carbon industries are spending millions on influencing decisions made at COP. Over a year ago, we knew that the OOH media in Glasgow, Edinburgh and London at key transport hubs could be used to make a difference, so we purchased the top packages from each of the media owners. Now, instead of the space being used to promote the messages of big polluters, it is being used by a broad, diverse group of organisations calling on delegates to seize the opportunity presented by COP26 and to work together for the future of humanity.”

Created by Iris, the campaign features powerful photography conveying people staring straight down the barrel of the camera lens and accompanied by messages aimed directly at COP delegates, such as ‘the world is looking to you COP26’ and ‘Steady the ship, or watch it sink?’. 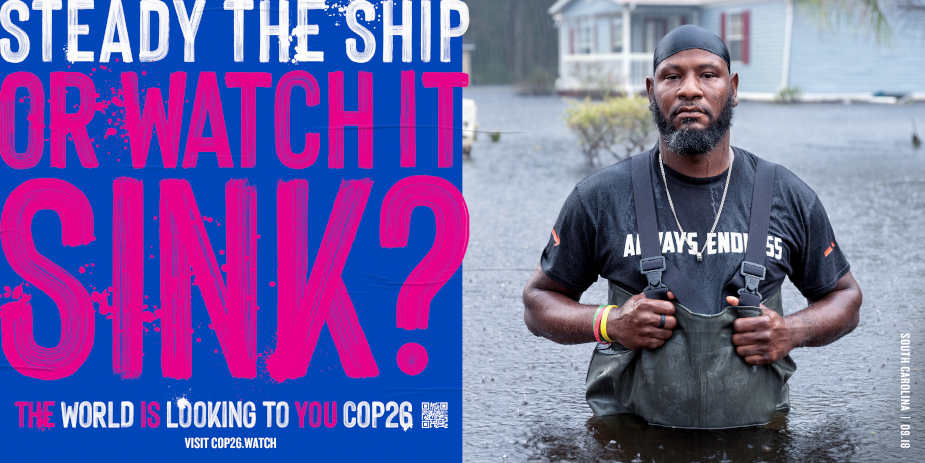 In some instances, the photography is accompanied by a QR code that takes the public to a microsite, disclosing the climate story behind images featured in the core campaign. Each image is a gateway to the shocking stories of victims of existing weather extremes, made worse and more frequent by climate change.

Ben Essen, chief strategy officer at Iris added: “With all the hyperbole, procrastination and jargon of distant Net Zero targets, it’s easy to forget that the climate crisis is a lived reality for millions of people in every country of the world. COP is no exception, a cultural bubble where negotiators argue about words in a text rather than committing their countries to meaningful action. This takeover exists as an ever-present reminder that the world is watching. Because the climate crisis isn’t a far off concept. It’s a reality.” 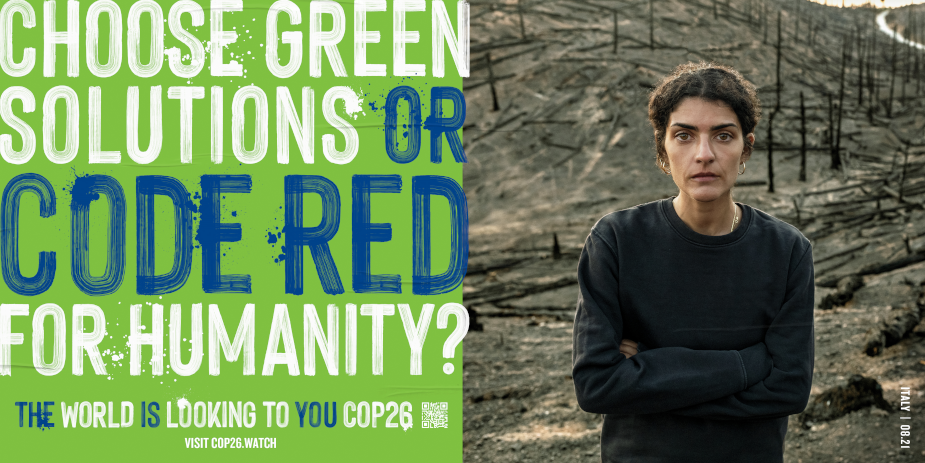 A cohort of over 40 organisations, each with a different mission and area of focus is supporting the campaign, united in the belief that COP26 is a hugely important moment in the fight for climate justice. The media space was secured by Quadrature Climate Foundation – a charitable foundation established in 2019 as a dispassionate entrepreneurial attempt to urgently reduce greenhouse gases. The foundation supports targeted interventions that aim to shift the current trajectory of climate and help address the climate emergency.