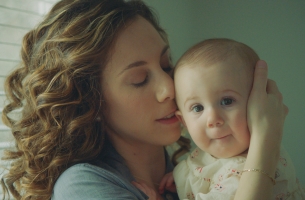 Content creation/production company Bodega’s Emmy-winning director Haley Geffen shines a light on the often-times unspoken struggles and remarkably transcendent moments that come with first-time motherhood in the online short 'Dear Me' for breastfeeding brand Lansinoh. The heartfelt spot, produced and concepted by BODEGA, features real mums reading letters of advice that they’ve written to the pre-motherhood versions of themselves, touching on the moments of self-doubt and indescribable love that go hand-in-hand with the transformative experience. The docu-style campaign is the first video campaign for the brand, and bypasses overt branding in exchange for authentic storytelling to continue to build their connection with expecting and new mothers.

As the mother of a toddler with another baby on the way, Geffen felt particularly connected to this project that delicately wove together her identities as a mother and a director. She took a grassroots approach to the casting process, reaching out to mothers in her network via Facebook groups and narrowing the field through Skype interviews. Once a diverse range of real mothers were assembled for the campaign, Geffen provided only minimal details on the shoot, allowing for a much more authentic process when the women discovered they would be writing such an emotional letter when they arrived. The women dove into the task, providing emotional and sincere narratives on their maternal experiences.

“The whole experience of connecting with these mothers was amazing for me,” notes Geffen. “Since I often work on a lot of sports-centric projects, there are rarely occasions that my directing intersects with my home life as a mother. Being able to connect with these women really allowed for us all to become completely immersed in the project.”

Adds Lansinoh Brand Director Erin Langley, “Haley and the Bodega team helped us create an intimate and comfortable setting for the mums in the piece, allowing for real connections and honest discussion of both the joys and trials of new motherhood. For more than 30 years, Lansinoh has supported all mums and families on their breastfeeding journey and we’re so pleased with this video, which helps us celebrate and honor every mum.”

The campaign also includes additional pieces that also highlight the experiences of real mums that will be rolled out later this year.