The spot was cut by Northern Lights editor Mark Tyler, who worked seamlessly with the VFX team to incorporate the effects 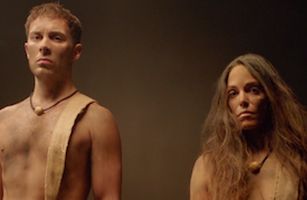 New York/San Francisco-based content creation/production company  BODEGA  teams up with Discovery Channel to launch an all new season of the beloved reality series “Naked and Afraid.” Emmy-winning BODEGA director Haley Geffen worked closely with Discovery VP Creative Pablo Pulido and Sr. Writer/Producer Luke Aeschliman to visualise the mentally and physically disarming act of stripping away the most basic form of bodily protection: clothing. The spot is a departure from the series’ historically clip-based promos and shows a man and a woman suited up for outdoor adventures, both removing layers of clothing until they are left with only their satchels and the dirt on their skin.

The spot was cut by Northern Lights editor Mark Tyler, who worked seamlessly with the VFX team to incorporate the effects. SuperExploder mixers Ted Gannon and Ted Marcus augmented the promo with a striking sound design that tied together the visual transitions.

Geffen worked with Pablo and Luke to create the subtleties of the stylised promo, overseen by Discovery Channel SVP Lara Richardson. “We focused on how to remove clothes in a stylised way that enhanced our concept,” notes Geffen. “We didn’t want the act to look silly or even sexy. On the show there’s nothing sexy about being naked. So we choreographed their actions and focused on specific motions that added energy to the visuals and uniquely branded the promo without sensationalising the nudity." 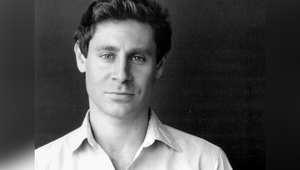