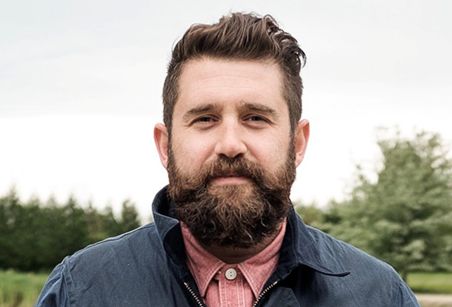 “I’ve been looking for a home with production through post capabilities, bi-coastal offices, and most importantly, a strong executive producing team that can help take my career to the next level,” adds Mike. “With their recent expansion to Los Angeles and the addition of two super-talented EPs (Erin Tauscher and Taylor Ferguson), BODEGA is perfectly positioned to help me achieve my goals.”

Mike began his training well before college in a design firm owned by his father, with the help of some generous computer 'loans' from his uncle who worked for Apple. His formal training began in Digital Design at the Design Architecture Art and Planning school at the University of Cincinnati, Ohio and concluded with a B.F.A. from the Savannah College of Art and Design, with a major in Film and Television and a minor in Sound Design.

Before transition into directing, Mike spent half a decade as an artist and art director at motion graphics shops including Shilo, King and Country, Roger, Elastic, and Laundry, providing editorial, design, colour, compositing and visual effects services. He uses these skills in the prep, shoot, and post process of every directing project

BODEGA EP/Partner Clint Goldman notes, “We’ve worked with Mike for a number of years now. He’s technically sharp and has vast design, narrative, and comedic skills. He’s also a collaborator, which fits our family aesthetic, and he's just a lot of fun. Now that we're in LA, the timing was right to officially bring him on.”

In addition to directing commercials for Pepsi, eBay, Lysol, Sprint, Hyundai, Dannon, Wawa, Braun, and Burger King, Mike has helmed broadcast campaigns for MTV, NBC, HGTV, Disney, and Nickelodeon. His work also features familiar faces including John Stamos, Blake Shelton, Megan Fox, John Cena, and the Dos Equis 'Most Interesting Man In the World' campaign. Mike’s most recent commercial project is for 7-11 through Deutsch, LA. When Mike’s not shooting, he’s probably cooking or roaming the west in The Beast Adventuremobile.