BMF Throws Down the Freshest Beats for Latest ALDI Campaign 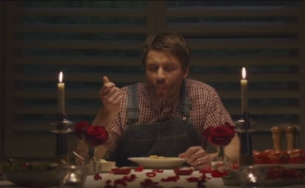 ALDI is known for everyday groceries, special buys and low prices, however ALDI isn’t known for its fresh offering.

Using a simple, direct and irreverent tone, ‘So Fresh’ pays a musical tribute to ALDI’s high quality range of fresh fruit, and veggies. Five original tracks, each from a different musical genre (pop, psychedelic rock, reggae, dance and R&B) were written and produced by BMF and Rumble Studios, delivering the freshest tracks for ALDI’s fresh offering.

“ALDI offers the same high quality for low prices in its fresh food as it does everywhere else, but shoppers still have their doubts. With ‘So Fresh’ we created a fresh take on the ‘celebrity chefs hugging farmers’ approach that the rest of the supermarket category relies on” explains BMF Planning Director, Ali Tilling.

“If you’re trying to show everyone how much you love tomatoes it makes total sense to write a love song to them, then shoot a Boyz 2 Men style music video in their honour.”  said BMF Creative Director, Alex Derwin.“We had great fun collaborating with Chris at Exit and Rumble Studios, and I think it shows in the work.”