BMF Boosts Creative Leadership by Promoting From Within 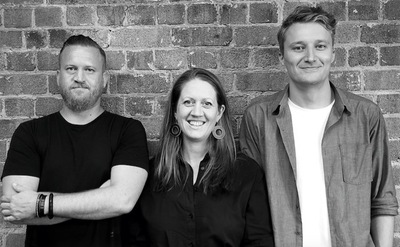 Speirs has been with the agency for over two years and worked across TAL Life Insurance, Department of Social Services Domestic Violence Campaign, BPay, UN Women and Full Stop Foundation. Throughout her career Speirs has been awarded at Cannes, NY Festivals, AWARD, Effies, John Caples, ADMA and Spikes. She has been on many international award juries and has been invited to speak at events including the Australian 3% Conference. Prior to joining BMF, Speirs was a creative director at DDB where she made award-winning work for Carefree, Arnott's, BWS, McDonald's and the Workplace Gender Equality Agency.

Associate creative directors Dantie van der Merwe and David Fraser have also been promoted. They're now creative directors on ALDI, Dulux and GWF. Since joining BMF in 2014, the duo has created campaigns for various parts of the ALDI business such as Like Brands, Special Buys, Liquor and Christmas. They've also picked up at London International Awards, One Show, AWARD Award, Effies, Sirens and Spikes. Prior to BMF, van der Merwe and Fraser were creative group heads at DDB Sydney where they worked on McDonald's, Volkswagen and Eclipse Chewy Mints.

Says Derwin: "When you've got talent as good as Jen, David and Dantie under your nose it's a given that they were going step up. They know BMF clients and they work their arses off to deliver world-class thinking on every brief.

"Dave and Dantie have been responsible for some of the best work BMF has made in the last few years. Somehow they manage to balance being both hugely talented and lovely humans. They're going to take to creative direction like ducks to water.

"Jen has a natural ability to coax the best out of people, to nurture ideas and deliver great results. She's passionate about finding and developing the best creative thinkers in the industry."

Says Speirs: "As soon as I walked into the BMF creative department - I could feel that it was different. It's filled with people who care passionately about the work, each other - and their lives outside. The culture here is amazing, and  I'm excited to work with Alex to do whatever I can to help it stay that way." 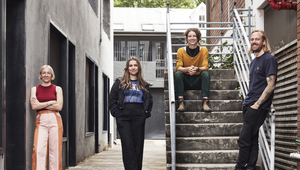 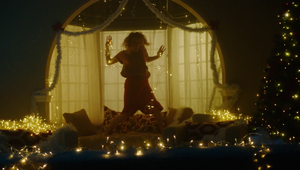