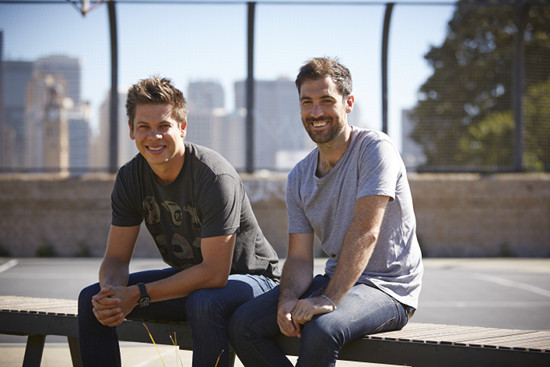 Most recently the creative team’s work for Volkswagen’s fatigue detection technology won two Silver Radio Lions in Cannes and was Mumbrella Radio Ad of the Year. Their work for Arnott’s, ‘Camouflage Packs”, also picked up two shortlists in Direct Lions. In 2013, Curtis and Fitzgerald were named in B&T’s 30under30 and were selected to represent Australia at the Adfest Young Lotus competition. Their work has also been recognized at AWARD, New York Festivals, Spikes Asia, The Work, The Sirens, The Caxtons, the MADCs and the Effie Awards.

"Jim and Ryan's book showed a level of insight and craft that was way beyond their years. We're delighted to welcome them into BMF to exercise their creative talents into our department,” says Justin Ruben, creative director.

Both originally from Melbourne, they’re still aiming to enter the AFL draft as mature age recruits.