Blurring Boundaries: How Transformative Tech Can Bridge the Empathy Gap

The Influencers 312 Add to collection

INFLUENCER: Jack Morton's Lewis Robbins takes a closer look at some projects that blur the line between self and other 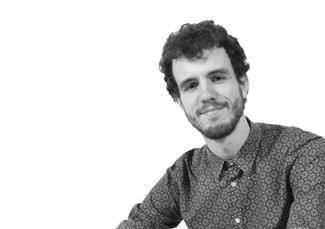 I hate to break it to you, but we all suffer from a fundamental shortfall in perspective. We’re hopelessly tethered to one fixed point of view, in thrall to the world inside our heads - an imperfect model of reality constructed mostly out of assumptions, shortcuts and biases.

These shortcuts help us to parse an impossibly large amount of information. But our biases can also alienate us from one another. After two African-American men were arrested in Starbucks for waiting for a friend, the company embarked upon the biggest implicit bias training in its history. On May 29th, Starbucks closed stores in North America in a company-wide program involving 175,000 employees, 8,000 locations, and 25,000 iPads; former CEO Howard Schulz said that they were 'living in a time in America when there was a fracturing of humanity’.

But just how effective can a four-hour session be in putting things back together again? How else can brands bridge the empathy gap?

This is of course a highly complex challenge, but part of the answer may lie in new technologies and new interactive storytelling techniques that blur the boundaries between self and other. The opportunities are exciting and profound: from dazzling new forms of personal therapy to the creation of unforgettable moments in entertainment. Let’s take a closer look…

Embody another identity by melding faces with a stranger

Created by artist Megan May Daalder, the Mirrorbox is an enclosed helmet made for two people, separated (or connected) by a two-way mirror. The mirror becomes part reflection and part window, creating an illusion where the two participants ‘meld’ faces. The effect, as Daalder puts it, ‘helps collapse personal boundary thresholds’; those who have experienced it liken it to embodying another person’s identity and of identifying with that person more.

It’s tempting to think of the applications – for those in long-distance relationships, diplomats, or even people who want to get closer to their favourite sport stars. What if you could create the same illusion via AR on your phone camera?

VR, the famous ‘empathy machine’, has of course become a fertile ground for a number of NGO-commissioned projects that immerse people firsthand in situations in far-flung places. Take Tree, commissioned by the Rainforest Alliance, in which you begin life as a seedling on the forest floor, growing out towards the canopy, before experiencing an untimely death in a slash-and-burn farming operation. The experience is haptically enhanced, as the user is fitted with rumble packs that embody your torso as the trunk and your head and hands as the branches of the tree.

A different way in which VR could be used to create empathy has been developed in a program in which you can undertake a therapy session - with yourself. You alternate between your own avatar, and Sigmund Freud, articulating a problem that you have, and then answering them yourself - as Freud. This technique creates an objectivity and compassion towards one’s own problems that is otherwise difficult to achieve. What if this tool were readily available to all, daily – what impact might it have on our mental health?

Transform yourself through interactive storytelling that blurs fiction with reality

At SXSW this year, a journalist for The Verge experienced a form of interactive entertainment that used live actors and real locations to blur the boundaries between fiction and reality. Inspired by Michael Douglas’s ordeal in The Game, the four day-long experience overlaid a fictional experience onto the real world, plunging the journalist into a dimension-hopping, sci-fi drama in which he was tasked with stopping his genius doppelganger from taking over multiple realities with a dystopian mind-reading technology.

An ensemble of actors and careful choreography created many memorable moments, from his kidnap by a resistance group to presiding over a billion-dollar corporate takeover. The journalist responds to the story in the moment, forming relationships and shaping the outcome of the story. He experiences these events as ‘real’, and acts in ways in which he ordinarily would not. The director of the project reflects that it’s “important to allow yourself to be transformed, and that to me is the duality of game and story.” Its creators speculate that the idea of in-the-moment interactions with actors could enhance immersive theatre performances or even transfer into the virtual world, helping prisoners rehabilitate and prepare for job interviews.

It is the transformative aspect of each of these examples that is so fascinating. This is how we begin to bridge the empathy gap: by blurring interpersonal boundaries and creating playgrounds for identity that enable us to feel what it is like to inhabit another person’s skin, and to enact scenarios that are foreign to what we might experience in our daily lives. No generation in human history has been more fluid in its identity than Generation Z, who cultivate multi-faceted personas that are malleable and ever-evolving. The brands that can meet these needs by creating adventures in identity and perception will captivate influential audiences for the foreseeable future. 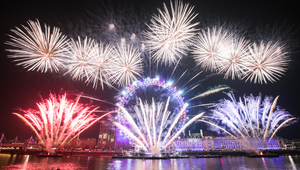 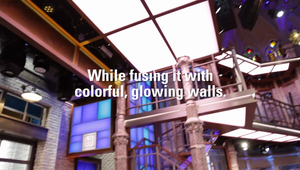 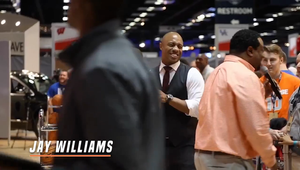