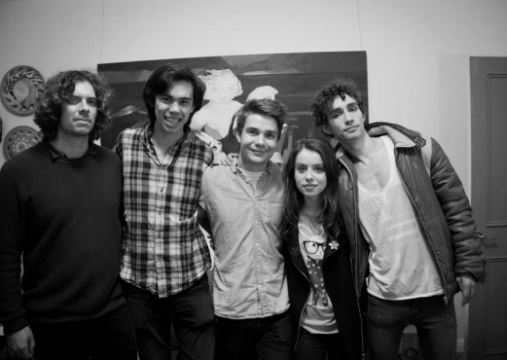 Have you ever heard about Blue Shadows Films? If not, keep an eye on it. Merlin Merton, 23 years old, is successfully the head of this new company and already competes with well established production houses. Since its creation in November 2013, he went from producing shorts to Wasp, his first feature shot in Provence, and subsequently sold to Wide, the leading sales agency in France. But that is not all.

Merlin got involved as a director / producer in two shorts alongside Greer Ellison, twice finalist in the prestigious BBC Writersroom, whom he met whilst working in development at Amber Entertainment. Funded by the Northern Ireland Screen, the duo were adamant on targeting established names including Shauna Macdonald, the lead from The Descent. Perhaps more impressive was nabbing Robert Sheehan, best known as the eccentric Nathan from Misfits. Using all their resources and contacts, they attracted top crew to live up to their excellent cast.

Today, Merlin & Greer, who has subsequently joined Blue Shadows as a development producer, are producing a slate of features with budgets ranging from £350,000 to £7 million with interest from the Northern Ireland Screen, Big Man Films & Grump. Indeed, 2015 will be their most challenging year. One of their more ambitious features, A Company of Young Folk, a Western, will be the first collaboration involving the entire Blue Shadows Films team including Jenna Suru and Lauro Rocha, both of whom executive produced two previous shorts.

They have recently entirely rebranded their company, which you can find at www.bueshadowsfilms.com

They are also preparing for an exclusive premiere at BAFTA sometime next year.