Blue Moon Draws Us Into Their Picturesque Campaign 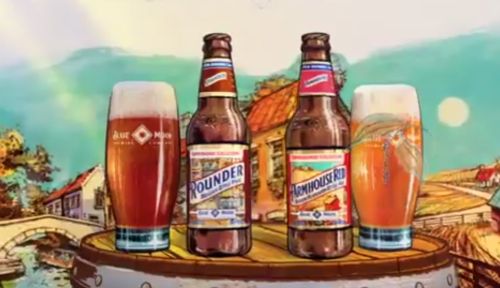 The Integer Group and Moo Studios have been working with Blue Moon since “Creation,” the first commercial the beer manufacturer released in 2009. The three newest spots “Crafted Creations,” “Brewing Up Summer,” and “Bookmarked” continue to celebrate beer as art by enlisting actual Blue Moon brewmasters. In each spot, a combination of live action and highly detailed animation serves to spotlight the quality and craftsmanship behind the brand.

In the broadcast spot “Crafted Creations,” we dive straight into the canvas of inspiration behind Blue Moon’s Expressionist collection. The spot features authentic brewmaster Keith Villa at a drawing table in the brewery, literally illustrating Blue Moon’s latest reinterpretation of a classic craft beer.  We watch the elements behind the flavor profile – a handful of oats; a postcard from Belgium; notes of hops, white pepper and hibiscus - as they are added to Keith’s constantly evolving drawing.  As the real ingredients and landscapes morph into the blueprint rendering, the sketches fill with color and dimensionality to create a moving painting.

All of the filming and post work for the project was done at Moo’s full-service studio in Los Angeles. To create the unique visual style, Moo director Shaun Sewter meticulously captured the stop-motion footage shot by shot. Moo’s digital artists later overlaid the live action material with a mix of detailed animation and VFX.  The result is a highly stylized, painterly campaign that aptly celebrates Blue Moon’s “Artfully Crafted” approach to brewing.