First work is expected to launch in early 2018 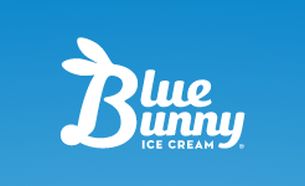 FCB Chicago is now in the ice cream business after being appointed agency of record for Blue Bunny, the largest privately held, family-owned manufacturer of the frozen treat in the United States.

The client win comes on the heels of a competitive pitch that lasted nearly three months and included six agencies. As a result, FCB Chicago will now serve as Blue Bunny’s AOR, and will oversee all creative advertising work for the brand, including television, print, out of home, digital and social media. First work is expected to launch in early 2018.

“Blue Bunny is a fun brand with a rich 80 plus year history which is known for producing creative and innovative premium ice cream flavors and frozen novelties,” said Michael Fassnacht, president and CEO, FCB Chicago. “These traits are certain to shape a great campaign and we are honoured to have the opportunity to develop creative work that will reflect the spirit of their brand.”

Launched in 1935 by Wells, Blue Bunny ice cream is based in Le Mars, Iowa, affectionately known as the 'Ice Cream Capital of the World.' The brand embraces a spirit of fun, supported by its branding, iconic bunny logo and clever product names, such as Bunny Tracks and Peanut Butter Party.

For the team at Wells, selecting FCB Chicago was the right choice because of the agency’s clear read on today’s consumer and their authentic insights, which they believe will translate into a creatively impactful campaign for their brand.

“Beyond creative capabilities, we were looking for an agency that would help us build our brand by resonating with our fun-loving consumers in a more relevant way,” said Joe Brooks, vice president, premium brands at Blue Bunny. “FCB Chicago proved they had the ability to do this by bringing us both rich, meaningful consumer insights and provocative ideas which together we’re confident will create the foundation for a powerful marketing platform. We’re looking forward to the new partnership and are excited by the fresh thinking they will bring to energise our brand.”

The new business win continues to fuel the agency’s overall momentum over the past couple of months as it grows its offerings and leadership roster. In August, FCB Chicago expanded its retail shopper practice FCB/RED by acquiring premier global design agency Chute Gerdeman to enhance their retail capabilities.