Agency will be led by Managing Director Carlos Casado 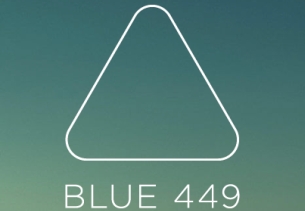 Blue 449, part of the ZenithOptimedia Group, has opened its seventh network office with the launch of the agency in Spain. This follows the global launch of Blue 449 in March last year, and the opening of offices in the UK, France, Italy, Germany, Australia and Belgium.

Blue 449 will be led in Spain by Managing Director Carlos Casado and will be supported by Adam Hemming, who takes up the role of General Manager. Carlos joined ZenithOptimedia in 2002 as New Business Manager, and was responsible for launching ZenithOptimedia’s branded content division,  Newcast, in Spain.  Adam joins Blue 449 Spain from ZenithOptimedia Singapore, which he has led for the past six years.

Blue 449 will have 17 city hubs by the end of its first year and will operate collaboratively with the other ZenithOptimedia brands, including Performics, Newcast and Ninah. The new network will also benefit from access to the extensive range of services within the Publicis Groupe and VivaKi within a new framework for clients called ‘Open Source’. Collaborative, Open Source behaviours will also inform Blue 449’s relationships with media, technology and creative partners. They will also influence the network’s planning approach and its response to the new digital economy.

Andras Vigh, Global CEO, Blue 449, said: “The world doesn’t need yet another global media agency. What it needs is a new force of energy for clients looking to break with traditions. Blue 449 is a realisation of visionary attitudes and thinking set to disrupt the market.”

Carlos Casado, Managing Director, Blue 449 Spain, said: “This is a truly exciting development in media communications. Blue 449 will be a dynamic, multi-hub network, benefitting from all the resources of ZenithOptimedia and Publicis Groupe and pioneering an Open Source, collaborative approach, seeking the best talent both locally and internationally.”