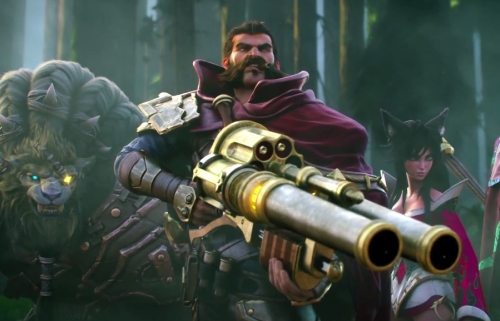 Today, Riot Games released a new cinematic for League of Legends titled “A New Dawn” along with an in depth behind-the-scenes video looking at the creation of the video.

Day breaks over a landscape consecrated by blood and steel. A battle begins as a new dawn rises. Following A Twist of Fate, Riot Games created “A New Dawn” to explore fleshed-out champion interpretations and brutal team fights in ways never been seen before.

The behind-the-scenes video for “A New Dawn” gives a look at the creation of the cinematic and how Riot tapped into character design, music, animation, and even classic Foley techniques to showcase some of players’ favorite champions slugging it out for blood, guts, and glory.