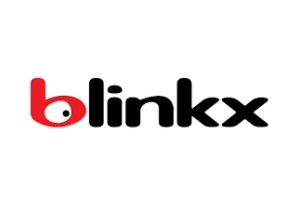 blinkx plc ("blinkx" or the "Company"), today announced the appointment of Sander Tit as Director of Publishing Services of blinkx Media, based in London, England. In this position, Sander will play a key role in blinkx Media's expansion by securing new (and building on) the company’s premium publisher portfolio, as well as growing its publisher network.

"We are delighted to have Sander bring his years of experience and knowledge of the European publisher and online advertising markets to the blinkx Media team," said Donald Hamilton, SVP of blinkx Media. Hamilton continued: "Sander will be key in ensuring effective, long term partnerships with publishers and expanding our network. He’ll be an integral member to the UK team.”

Sander Tit commented “blinkx Media is about to embark on a new chapter and I’m eager to continue building on the relationships the brand has with key premium publishers both in the millennial male and automotive space, as well as venture into new arenas in 2015.”

Based in the UK, Sander brings over six years of publishing experience and has had a long standing relationship with blinkx, having partnered with the company when initially investing in UTarget. Prior to joining blinkx Media, Sander was UK publishing services director for Fox International, where he was responsible for the strategic direction of publisher relationships. He secured the position after investing in UTarget, which was later acquired by the entertainment giant. Prior to this he worked as a financial trader on the London International Financial Futures Exchange (LIFFE).