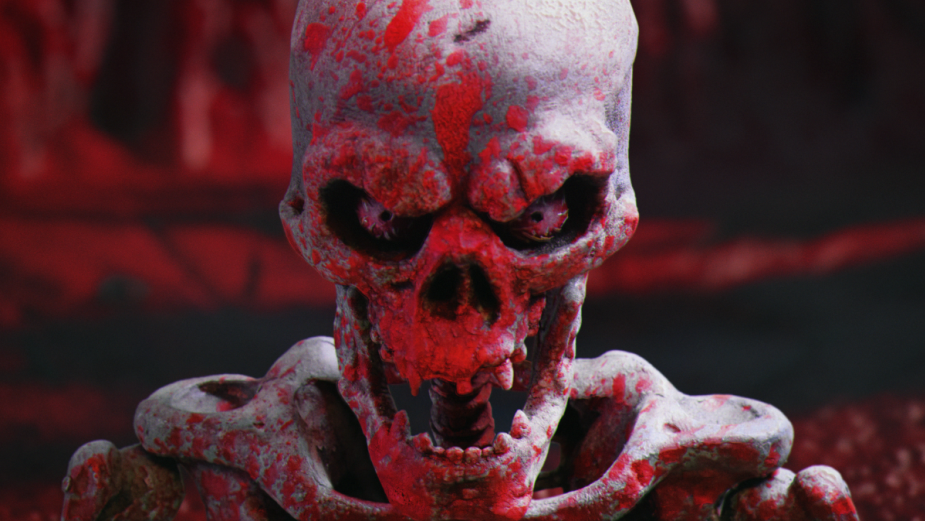 Fresh off the back of his Iron Maiden ’The Writing On The Wall’ promo, the king of heavy metal music videos, Nicos Livesey returns with another skeleton filled, gore drenched madness for Conan.

‘Paincantation’ is a stop-motion blood fest which sees a warrior skeleton summoned by the high priests to harvest other planet's precious elements. It’s a short and epic promo of non-stop energy created with 3D printed characters and a hell of a lot of incredibly intricate set builds.

Nicos had this to say on the process: "Conan and I wanted to make something drenched in Ray Harryhausen vibes. So stop motion was the approach from the get go and of course, skeletons.

"Other than that the band gave me total creative freedom to do whatever I’d like, the lyrics of the track initially inspired me and then I pushed the idea further into a sci-fi world and created the concept of these high priest skeletons who send warriors across the universe to harvest other planets precious elements to keep their own dying planet from decaying further.

"Then it was working out how to make something as visually epic and punishingly heavy as the riffs that Conan delivers in their tracks.

"We went for detail over animation. Keep the movement simple and go full whack on the set builds, lighting and atmosphere. That way we could really create intricate environments, characters and props.

"Stop motion was the main technique we used, but there is a fair amount of live action in it too and we embellished the whole lot with 2D FX animation and a few CG elements in comp as well as real slime, macro slow motion lemonade, a hell of a lot of smoke and blood. 3D printing was used for the hero skeletons head, I wanted the main warrior to have a unique appearance in comparison to the other skeletons.

"We of course had an incredible team all majorly invested in stop motion and doing it for the love. Can’t thank them all enough."