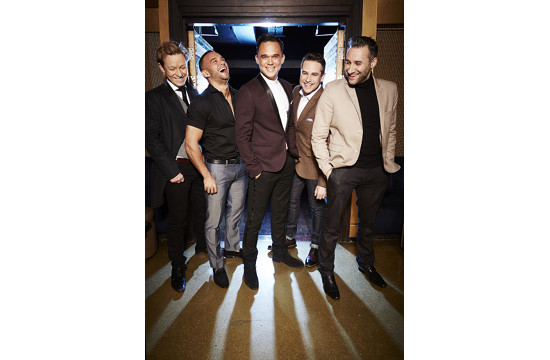 The partnership, negotiated by Arena on behalf of blinkbox Music, includes an integrated sponsorship package across broadcast, online and mobile platforms. The idents will be produced by Karmarama and show how using blinkbox music everyday moments can be lit up.

The Big Reunion, produced by ITV Studios, features exclusive and explosive accounts from former pop heroes. The first series reunited some of the UK’s favourite bands from the 1990’s and 2000’s including Blue, Atomic Kitten and 5ive – the ITV2 series achieved an average audience of xx and the live tour attracted an audience over xx. The cast of 2014 includes:

Iain Sawbridge, Marketing Director at blinkbox music said: “We are thrilled to have partnered with ITV and The Big Reunion. The show’s cult status will be a great platform to introduce fans of pop music to our playful and mainstream service.”

Mike Barrett, Account Sales Manager at ITV, said: "We are delighted to welcome blinkbox music to ITV with this integrated partnership incorporating on-air sponsorship with live events. We believe The Big Reunion is a great brand fit for blinkbox music and look forward to working with them to make this unique multiplatform partnership a great success.”

Beatrice Boue, Managing Partner at Arena, added: “At Arena we are ecstatic to have created and brokered this project which will see blinkbox and this 90s nostalgia primetime TV show deliver high impact, rich, and shareable content. It’s been brilliant working with blinkbox across all its departments to broker this deal.”