Majid Adin, the director behind Elton John's Rocket Man, made 'The Journey' in partnership with Help Refugees to help raise funds for refugee families 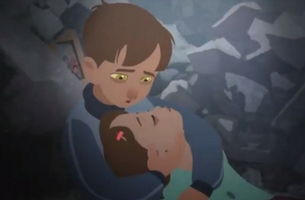 After winning a global competition to create the first official music video for Elton John’s ‘Rocket Man’, Iranian refugee and artist Majid Adin teams up with Help Refugees and Blinkink to create ‘The Journey’, a short film depicting the struggles of a separated Syrian family fleeing their home.
The film follows a young Syrian boy whose home has been torn apart by war. Separated from his family during an aerial attack on his home, the young boy embarks on a long, dangerous journey to be reunited with his parents.
As many families gather round Christmas trees, open gifts and share dinners with relatives during this festive holiday, countless child refugees battle freezing conditions, isolated and alone. Close to 1 in every 200 children across the globe are now displaced.
Help Refugees first met Majid in the Calais ‘Jungle’ two years ago where he would often talk of his dream of making it as an artist. After safely seeking asylum in the UK, Majid embarked on a creative journey that saw him make the official music video for Elton John’s ‘Rocket Man’. Collaborating with animation production company, Blinkink, Majid’s truly moving film for Elton John draws on his personal experience as a refugee.
Now working in partnership with Help Refugees, Majid’s new film ‘The Journey’ will help raise awareness and funds to support the families facing extreme winter conditions across Europe & the Middle East.
The song ‘Catapult’ by critically acclaimed singer-songwriter Jack Savoretti has been reimagined by Majid Adin as a heartbreaking anthem for the refugee crisis.
Majid Adin, Iranian refugee, filmmaker and Director of ‘The Journey’, said: “Help Refugees were such a support to me when I was in the Calais ‘Jungle’ so it has been an honour to work with them and Blinkink on this project. If this film helps just one of the millions of refugee children struggling this winter, then it will have done its job.”
Josie Naughton, CEO of Help Refugees, said: “We wanted to show people the stories our volunteers hear everyday in the field. Children going missing and separated from their loved ones; this is a hard truth to bare, especially at Christmas. We wanted to remind people the crisis isn’t over, but in a way where they felt inspired to act, to do something truly in the spirit of this festive season; help someone who really needs help.”
Ryan Goodwin-Smith, Executive Producer from Blinkink, said: "Not everyone can go to Calais, or Lesbos or to a refugee camp and cook or clean or read to the children. But what we can do is tell a story. We had character designers, concept artists, storyboarders, animators, colourists, producers, writers, compositors, sound engineers and musicians all doing what they do best and giving their time to tell Majid’s incredible story. Lets hope it raises the funds that Help Refugees need this Christmas."
Highly acclaimed musician Jack Savoretti, said: “Being forced out of your home, separated from your family and everyone you know; I can’t imagine how difficult this must be. I’m honoured for my song to pay tribute to all those lost in this global refugee crisis, and so proud to work and support Majid and Help Refugees”
view more - Creative 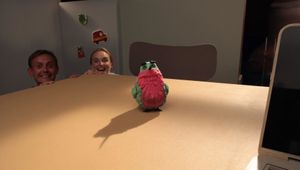 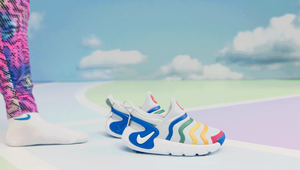 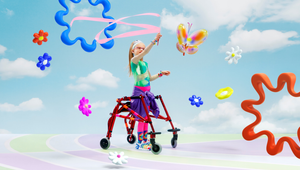 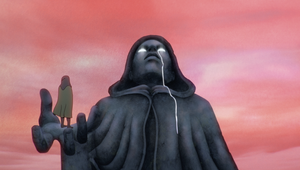