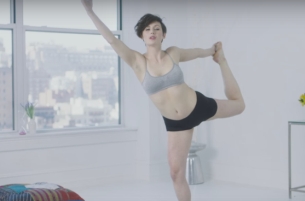 Organic Balance—a milk protein shake from farmer-owned cooperative Organic Valley targeting active women who don’t have time for breakfast—is asking women to come clean about their less-than-blessed mornings. The nutritious organic shake comes with 16 grams of organic milk protein and half the recommended daily allowance of calcium in a convenient ready-to-drink bottle that lets time-strapped women 'seize the cray.'

“The Organic Balance Real Morning Report” is an integrated digital campaign created by Humanaut, an advertising agency based in Chattanooga, Tennessee, that will handle all creative development and execution. The fodder for the quirky work is a survey showing how real women contrast with those idealized portrayals we all see on TV and in social-media profiles.

Organic Valley will launch the campaign by posting the initial Real Morning Report findings online and encouraging people to contribute to the study. The surprising and sometimes hilarious findings are irresistibly shareable. SoundView Research conducted the initial scientific poll in February 2016 among 1,000 American women ages 25 to 54 who work full time.

The Organic Balance Morning Report aims to reveal secret truths about women’s a.m. habits. Its purpose is to deflate the myth of the perfect woman—as seen on TV, Facebook and Instagram—and start a real conversation about all the craziness that modern life entails, whether that be answering business emails on the toilet or wearing the same bra for five days or more—which 26% of women have done, according to the study. Additional Morning Report findings show that working women today embrace their crazy lives, but they’re always on the lookout for better life pro tips and hacks.

The 411 on WTF moments: 58% of women will swear at someone or something this a.m.

Accessory after the splat: 21% have used an article of clothing to camouflage a stain.

Uber and chow: 79% admit to eating breakfast in a moving vehicle.

TGIM? Hell, no: Only 16% would ever describe their morning with the hashtag #blessed.

Blowouts before Bagels: Hair, shower and makeup outrank breakfast in order of importance.

Airing/Wearing their dirty laundry: 36% will knowingly re-wear dirty laundry this month. 88% will wear jeans more than once without washing them. Duh.

Penicillin, schmenicillin: 9% cite dry shampoo as among the greatest inventions of the 20th century.

In addition to the report and site, RealMorningReport.com, the effort kicks off with a 90-second video that spoofs the beautifully balanced modern woman who has it all—you know, that serene, jargon-spouting, upscale, hippie-chic, urban prototype seen in about 99% of commercials. It opens with a peaceful woman doing yoga in a sun-drenched loft and transitions to another journaling in her pajamas. But then, things get interesting as the scene abruptly shifts from fantasy mornings to the everyday experience of real women.

“According to science, most professional woman don’t have time for any of that,” states a woman while brushing her teeth. Do you know what 100% do have time for? “An organic breakfast in a bottle,” answers another woman, while drinking an Organic Balance in a speeding cab.

Organic Valley had a viral hit in 2015 with “Save the Bros,” a campaign that promoted Organic Valley’s Organic Fuel protein recovery shake, which is now #1 in the category. The effort helped the co-op become the first billion-dollar organic food company.