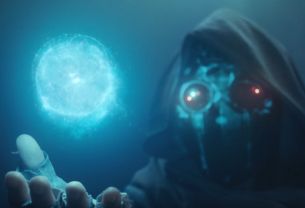 The ‘VeChain Apotheosis’, which debuted at VeChain’s rebranding event in Singapore, breaks new ground as one of the world’s first brand campaigns for a blockchain project. Co-created by Unconditioned and MPC Creative, the film is set in a futuristic city that embodies the vision of VeChain, the world’s leading global enterprise level public blockchain platform.

Jonathan Mo (mOjo), Creative Partner from Unconditioned, said: “We needed to create a film with a complex idea that was broken into seven parts and yet at the same time it has to be absolutely epic visually for the VeChain client. After we confirmed the concept, story and visual direction with the client, we then worked very closely with the MPC Creative team in NY and LA to bring the vision to life and they have, far beyond our expectations. And they have been utterly brilliant as our partner for this project, in terms of conceptualisation, visualisation, details, execution, professionalism, they are second to none. I guess it’s one of the rare projects in my career where we have a bold visionary client that wants this at one end and an amazing partner at the other to take it to another level. We are thankful, grateful, humbled and inspired to do even greater things in time to come.”

The film, which is directed by MPC Creative’s Rupert Cresswell, is a stylised interpretation of the world that VeChain’s ecosystem will one day make possible. The seven founders of VeChain are represented at the beginning of the film as characters emerging from a desolate desert – representing the destruction of the ‘system’ – with one mission in mind: create a new inclusive system that anyone can be a part of and that’s full of possibilities. The end shot is an impressive aerial view with a network of connected data spanning across the entire newly built city, reinforcing the idea that every customer around the world is running the platform. The voiceover plays a crucial role in the film, narrating the brand’s journey and describing the epic new world being created.

Cresswell said: “We worked with Unconditioned closely to achieve VeChain’s vision of this revolutionary city. This isn’t a typical corporate campaign; VeChain wanted something different, a bold move for this rebranding. The film needed to have a ‘blockbuster trailer’ element to it, so everything is dialled up - the buildings, the sound and the voices are as epic as they can be. We’ve thrown everything at it to make it feel huge.”

The MPC Creative team set the bar high. The goal was to create a larger-than-life cinematic experience. Creswell calls the project “a real love letter to all the films that the team here are inspired by. Everybody has thrown themselves into it because it is the type of world that we want to create and explore.”

Currently, the ‘VeChain Apotheosis’ is one of the first commercials in blockchain industry; Steven Marolho, Executive Producer on the project, added: “Given that cryptocurrency is a major topic of the day, having the opportunity to create a brand film for VeChain in this new space has been very exciting. It’s great to be working at the forefront of the blockchain industry. Where do you go after cryptocurrency?”.