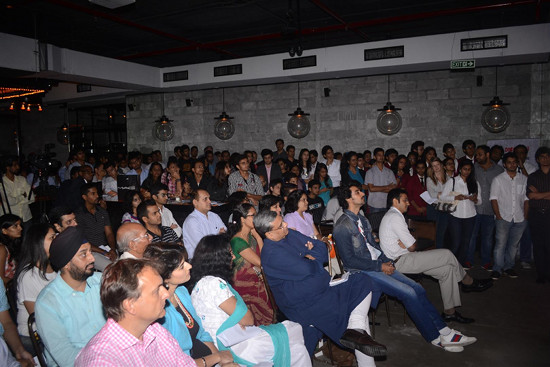 On 17 December 1999, in its resolution 54/120, the United Nations General Assembly endorsed the recommendation made by the World Conference of Ministers Responsible for Youth (Lisbon, 8-12 August 1998) that 12 August be declared International Youth Day.

"The power of youth is hard to ignore for any country now. At BlackBerry we believe that young people are often the vanguard of technological and social changes that are brought in the world. Technology and Youth is a combination which would be driving the era we belong to. New high-tech gears are growing and essentially changing the means youngsters can interact and communicate. Not surprisingly they are using the most technologically innovative mediums to express themselves, be it to their friends, family or society at large. Keeping this in mind, to address this segment we came up with a youth-targeted BlackBerry Q5. With the revolutionary BlackBerry Q5, running on the BlackBerry 10 platform, our aim to empower the youth further and enable them to express themselves in the most  progressive way possible,” said Ashish Gupta, Director, Marketing, Blackberry India.

"This day signifies the role of youth in transforming dialogue to action. The under 35s today enjoy great power to influence our society and it is critical that we create platforms for them to engage with leaders by whom they can be motivated and inspired. At DDB Mudra Max, we are proud to have collaborated with Blackberry and the United Nations to celebrate India's continuously growing and extremely diverse youth segment". Mandeep Malhotra, President, DDB MudraMax – OOH, Retail & Experiential.

"Young people make up a significant share of the global number of international migrants. In 2010, there were an estimated 27 million international young migrants. While migration can often offer valuable opportunities and contribute to the development of communities and society at large, it can also pose risks and lead to unacceptable situations, including discrimination and exploitation. The 2013 observance of International Youth Day will raise awareness of the opportunities and risks associated with youth migration, share knowledge and information stemming from recent research and analysis on this topic, and engage young people in discussions on their migration experiences" explains Samyak Chakrabarty, Chief Youth Marketer, DDB Mudra Group.