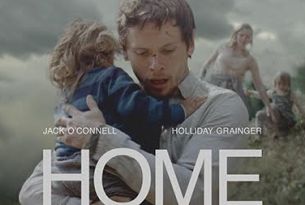 The powerful 20-minute short film, supported by UNHCR, the UN Refugee Agency, launched in 2016 to address the refugee crisis. Starring Jack O'Connell and Holliday Grainger, HOME was shot in three countries - the UK, Kosovo and Albania.

As thousands of men, women and children attempt to get into Europe, the film sees a comfortable English family experience a life changing journey of their own. The film presents a less common route of using an entertainment format to communicate a message, rather than a traditional commercial format.

Written and directed by BAFTA-winning director, Daniel Mulloy (Baby, Antonio's Breakfast, Dad), HOME aims to remind the viewer that refugees are just like you or I - fathers, mothers, sons and daughters – for whom the meaning of the word “home” has undergone a traumatic re-evaluation.

The film was funded and produced by Black Sheep Studios, Somesuch and DokuFest, with donations from Open Society Foundation-London, United Agencies in Kosovo, USAID and the film’s cast and crew, among many others. Coldplay, Dizzee Rascal and Wiley all donated music for the soundtrack.

The Most Radicalist Black Sheep Music