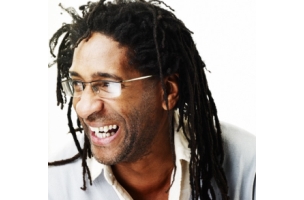 Black Label is excited to announce the addition of Greg Magloire as Executive Producer and the signing of Director Cristiana Miranda.

Founder of Black Label, Dom Freeman remarks on the two new signings, “We’re chuffed to have Cristiana joining the team here at Black Label and we couldn’t be happier that Greg has joined us as an Executive Producer. He’s a great presence and will be gearing us up to reach greater heights.”

He began his career as an unpaid 3rd AD on the TV series Minder for the late Director Terry Green. When Terry started his own Production Company for commercials, Greg joined as a Runner and worked his way up to the role of Producer. After this company shut its doors, he moved on to work with Laurence Dunmore on promos, resulting in the director winning his first three commercials in the advertising industry. After working with Laurence, Greg joined Tomboy Films becoming Fatima’s long-time Producer and after nine years at Tomboy, he went freelance, working for the likes of the BBC, Kudos, Partizan, Great Guns and Point Blank.

Greg comments, “I am incredibly enthusiastic about joining the team here at Black Label. I have always admired the high quality of work that they produce and will relish the opportunity of having such a solid and invaluably experienced network of people around me. It’s a thrilling prospect to be able to work with the skills and expertise here and it’s been a real pleasure to welcome Cristiana since my arrival. We can‘t wait to get stuck in to new projects with her.”

Cristiana originally hails from Portugal where she began her directing career at age 22 and comes to Black Label from Passion RAW, specialising in commercials and short documentaries. Her short film about Burlesque stripper Dita Von Teese jump-started her early career. It aired on the Discovery Channel to widespread acclaim and was subsequently featured on the famed UK Friday Night Show with Jonathan Ross.

Cristiana comments on her high-profile subject matter, “I’ve never chased the celebrity-factor but I've always been keen to look for people who had something alluring about them. It’s no coincidence that my first ever shoot was with Dita Von Teese. I found her persona and the impact she had on people when she performed so fascinating that I had to find out more. I guess it’s the genuine curiosity I have about what makes people special that has driven me and my work towards celebrities. I guess it’s also curious that my first ever commercial was with Formula one driver Fernando Alonso.”

Discussing the inspiration and influence behind her film, Cristiana continues, “When I was a teenager I was obsessed with Richard Avedon and Gianni Versace, in particular when they worked together. Their collaborations were so sexy, energetic and powerful. Fashion photography was my biggest influence to want to become a storyteller. Nowadays I am constantly falling in love with different people and their work but cinema is by far what captivates me the most. Above all I live by what Oscar Wilde said, ‘Life is too important to be taken seriously’.”

Greg Magloire comments, “When we saw Cristiana’s work, we were blown away. She’s worked with some real high-profile names and clients. Black Label are all about high quality professional work and her creative flair coupled with a strong narrative language is a rare and incredible asset for a film maker.”

Explaining her drive to join Black Label Cristiana comments, “What made me approach Black Label was the quality of the work and the fact that it’s got great names but is still a “boutique” company. I am a huge fan of Dior and their new Creative Director and all the work they produce so I would love to work with that brand. I would love to continue to work on bigger projects with other fashion brands but also continue to invest on doing more jobs with sport’s celebrities - which I really enjoy shooting. So I’ve done Adidas but I haven’t done a job for Nike, I’ve worked with Messi but I’ve never shot with Ronaldo.”