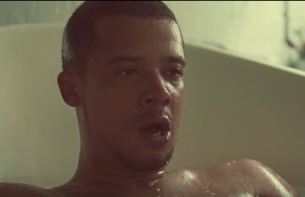 Black Dog Films' Shynola has recently finished a new music video for Raleigh Ritchie. The UK singer, songwriter and Game Of Thrones actor has dropped a re-release for his fan-faved track ‘Bloodsport’ off his 2013 EP Black & Blue, and the revamped ‘Bloodsport ’15’ now features a string section that compliments the track’s mood.

Shynola have helmed a broody, melancholic new video to match, depicting Ritchie in the midst of a bad case of unrequited love. He runs the gamut of emotions, from cutting up her clothes, to attempting to flush a pair of red heels down the toilet and knitting a pink balaclava. Jason Groves, Chris Harding, and Richard ‘Kenny’ Kenworthy who comprise the  creative collective Shynola have previously created award winning music videos for Blur, Beck, Coldplay, and Radiohead.