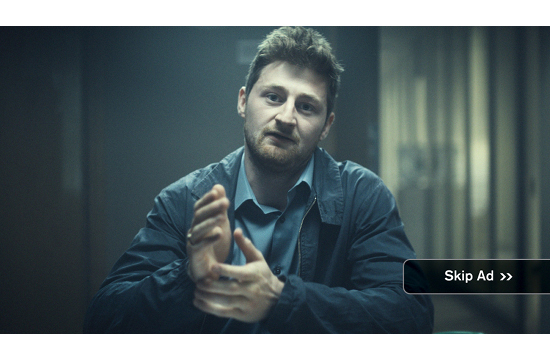 Leo Burnett Change has launched a thought-provoking campaign highlighting the difficulties ex-offenders experience on the job market for the charity Business in the Community.

The agency has created an interactive online film, ‘Second Chance’, illustrating the fact that ex-offenders can be written off by prospective employers in a matter of seconds.

It does this by putting the viewer in the position of an employer interviewing for a vacancy. The film draws a parallel between employers rejecting potential job applicants who are ex-offenders and viewers of online videos skipping ads they don’t want to see. In doing so, it highlights the bigger issue of the prejudice they face.

The film, which is directed by the award-winning Dougal Wilson at Blink, is part of an integrated campaign for the charity’s Ban the Box project to end discrimination in the workplace. Ban the Box is calling on UK employers to remove the default criminal-record disclosure tick box from job application forms.

In the ‘Second Chance’ film, a young ex-offender talks about his search for a job following release from prison. Using a ‘skip ad’ style button, the viewer can skip over the film after he has disclosed his past.

However, each time the viewer skips, they return to the film and the ex-offender gets more and more dejected and unable to express himself. If the viewer does not skip, and chooses to watch the entire ad, he becomes noticeably more confident and upbeat and, by the end, thanks the viewer for watching.

The film, which lasts between 60 seconds and two minutes depending on the level of interactivity from the viewer, will appear as an ad running prior to video content online and will also be available as a standalone film.

It will run on The Guardian online, the Business In The Community website, 4OD and other media channels and will be supported by a print campaign.

The project came to Leo Burnett through Change, the specialist not-for profit and behavioral change division of the Leo Burnett Group dedicated to making powerful communications with social impact.

Edwina Hughes, Reducing Re-offending Campaign Manager, Business in the Community, said: “With Leo Burnett’s creativity and support, we are delighted to launch this powerful interactive film. It cleverly and emotively underlines the experience someone with a criminal conviction may have when they seek to put their offending behind them and get a job.  This film has made it possible for Business in the Community to communicate our Ban the Box campaign in a new and engaging way with our key stakeholders and beyond.

“Through Leo Burnett we also received the backing of Dougal Wilson and Blink. With the perfect combination of a brilliant concept and a brilliant director, this film tackles the issue of recruitment of ex-offenders in a way that we could never have achieved alone. I’m looking forward to seeing the impact of the film on employers and their recruitment policies.”

Hugh Todd, Creative at Leo Burnett also added: “With the subject of ex-offenders being such a contentious issue, we wanted to create a thought-provoking idea.  Something that would make people re-assess how they feel towards ex-offenders.  Using and subverting the ‘skip ad’ button gave us the perfect opportunity to do this."