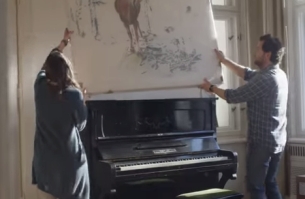 The spot illustrates the beauty of being a homeowner. Starting from the ground up, a young couple makes their house a home and experiences all the joys (like hosting their family members for dinner) – and the challenges (like toilet positioning). At the end of the day, the good definitely outweighs the bad.