Biscuit’s Aaron Stoller on Working with Athletes and Comedy 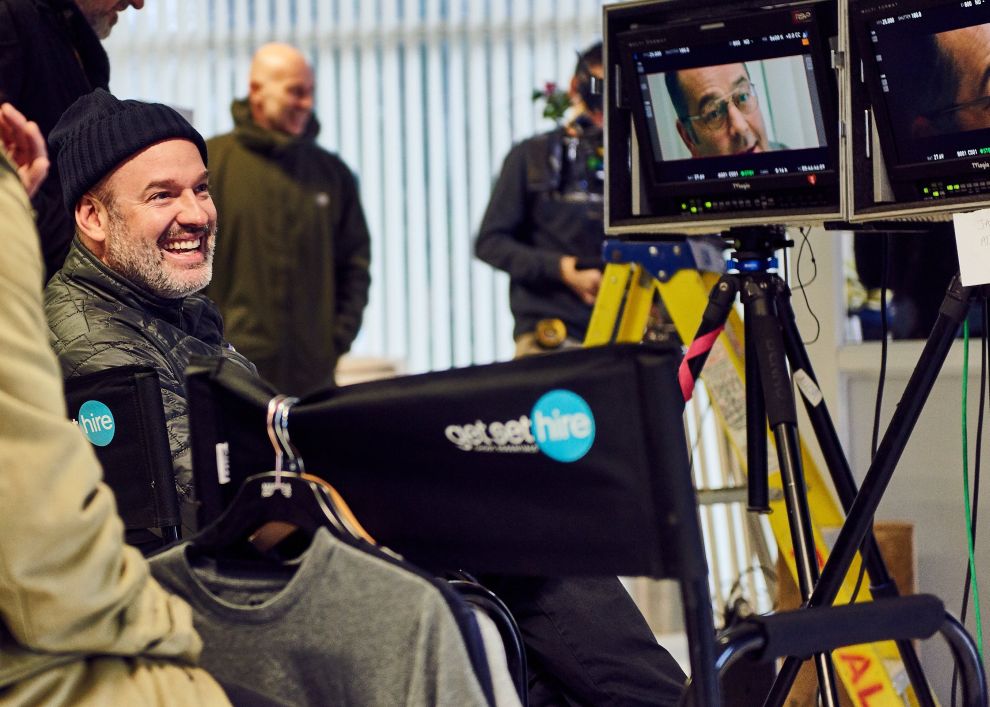 Given their appeal to brands and consumers, athletes are something that a commercials director is likely to encounter at some point in their career. But athletes are not actors and, naturally, that offers up an interesting challenge for a director trying to get a certain performance out of them with a camera stuck in their face. Adding comedy into the mix calls for a new undertaking all together; you can’t just ask an unfunny person to be funny.

Anyway, a director with a knack for getting the funnies out of athletes is Aaron Stoller, who's repped by Biscuit Filmworks. Earlier this year he helmed one of our favourite Super Bowl spots of 2018, NFL's 'Celebrations to Come', which showed an unseen, jiving side to what is an inherently macho sport. That was then followed up with 'Get Ready to Celebrate' and, in the past, he's worked on spots for the likes of Madden and with names as big as golfing legend Arnold Palmer (a career highlight of Aaron's).

So what are the tricks of the trade? LBB's Addison Capper picked Aaron's brains to find out.

Aaron> It starts with crafting a world that doesn’t rely on them being actors and treating them like normal people. If you have performances that feel honest and give a peek at these genetic freaks as real people, it’s usually more engaging. You get to see them in a new human perspective... it’s pretty fun to watch James Harden and be reminded of your uncle in Reno.

LBB> You work with them comedically, which is an extra layer to consider - what kind of challenges does this open up for you as a director?

Aaron> Asking an unfunny athlete to be funny just doesn’t work. It’s like asking a chicken to bark.

If it feels like you are making a joke on set, nine out of 10 times it’s not going to be funny and usually results in a bastardisation of the athlete and the comedy. You have to dig deep and mine for the subtleties in their personality and craft the humour around that.

LBB> A big issue of working with athletes is that you often don’t have a great deal of time with them - how do you go about building the rapport that you need for a relaxed performance? Documentary makers can spend months with these people before they really open up…

Aaron> You can’t come in hot. They have to feel a relaxed fun vibe from the first meeting… and that usually results in trust. Beyond the time restrictions, the athletes usually haven’t even read the script before landing on set.

So you break it down for them in a fun, simple way, and let them know that you aren’t there to waste their time. Once you start shooting, you have to make smart decisions about where to be precious. These guys will walk if they aren’t happy and feel stagnant.

LBB> Your NFL Super Bowl spot was one of my favourites from the Super Bowl this year… it showed such a different side to what can be such a macho spot. What are your biggest memories from that shoot?

Aaron> Odell had not seen the script before the shoot, so when he showed up I was the one that had to show him the clip from the movie and say he was going to be Jennifer Grey. So there I am in the Giants locker room, sitting next to him watching Dirty Dancing on my phone with a shitty cell connection. When the clip ended he didn’t say anything, he looked at me like he hated my face. I just said, “great… let’s go shoot.”

LBB> Which other recent examples of comedy spots with athletes have you particularly enjoyed working on and why?

Aaron> I’m a golf nerd so I’ve got to say working with Arnold Palmer was as good as it gets. He’s one of the kindest gentlemen I’ve ever been around. He had a vibe that lets everyone know he’s seen it all… and a devilish smile that says it was a lot of fun.

LBB> Why is comedy a medium that you enjoy working in?

LBB> Is it an avenue you consciously got involved in or did it happen more by chance?

Aaron> It’s what I always wanted to do.

LBB> Would you say you have a style of comedy that you most enjoy exploring?

LBB> You’re repped all across the world… how do you find translating comedy to different markets? Is it about adapting to each culture or is comedy the world’s common language?

Aaron> Farts are as funny in Los Angeles as they are in Paris.