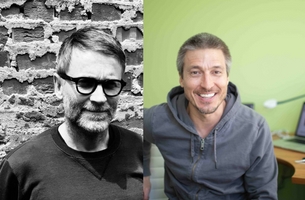 Biscuit Filmworks announced today that award-winning director Joaquin Baca-Asay has joined its directorial roster in the U.S. and U.K.; in addition, Jeff McDougall has joined the Los Angeles office as Executive Producer.

“Joaquin and Jeff will be fabulous additions to the Biscuit family – they each bring a wealth of experience and talent in their respective roles,” said Shawn Lacy, Biscuit Co-Founder and Managing Director. “Joaquin’s style is a nice complement to our roster, and Jeff’s vision and ability to execute projects of any scope will be a benefit to all of our directors.”

Joaquin Baca-Asay is an acclaimed director and cinematographer known for his elegant realism.

Previously with MJZ, he has directed campaigns for leading worldwide brands including Nike, Apple, the NFL, Volvo, Chevrolet, Bud Light, and others, earning accolades from Cannes Lions, Clios, AICP, The One Show, and a DGA nomination for Outstanding Directorial Achievement in Commercials. He began his career as a cinematographer, working on a range of projects including the Oscar-nominated short film “The Lady in Waiting” (shot while still a student at NYU’s Tisch School for the Arts), the music video for Jay-Z’s “99 Problems,” and cult comedy favorite “Super Troopers.”

His reel is available at http://www.biscuitfilmworks.com.

Jeff McDougall previously served as Executive Producer at Reset, which he helped to launch in 2012 alongside founders David Fincher and Dave Morrison.

Prior to Reset, he was a successful freelance line producer working with top directors including Stacy Wall, Tom Kuntz, Jonathan Glazer, and dozens more.

Throughout his career Jeff has engineered and overseen the production of hundreds of visually groundbreaking campaigns for clients including Adidas, Apple, Honda, Nike, Samsung, Under Armour, Mercedes, FedEx, and others