BIMA D-Day: Why Agencies Should Go Back to School

Trends and Insight 362 Add to collection 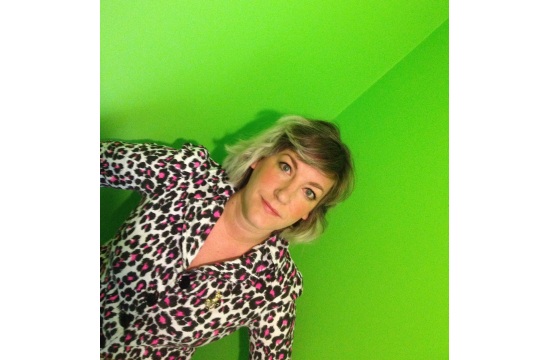 Today 4,000 school children from 100 schools across the UK are taking part in BIMA Digital-Day (or D-Day for short), an initiative created by BIMA (the British Interactive Media Association) to introduce school-age children to the possibility of embarking on a career in digital.  BIMA D-Day is supported by 100 leading digital agencies from across the UK including DigitasLBi, SapientNitro, Redweb, Weapon7, Amaze and McCann Manchester. Digitas LBi's Abi Ellis tells us what agencies can do to help the next generation - and more importantly what they can learn from it.

Gargantuan beards, fit for a game of Guess Who. Peaky blinder crops. Cuddly-toy sized knits. Desmond Taylor specs. London’s hipster digital folk certainly look like a strange breed. And while I adore these geeky creatures, we are hardly representative of the UK’s wonderfully diverse population.

Yet here we are – drinking macchiatos of Ethiopian provenance while unwinding over a mid-afternoon game of table football – responsible for keeping the interweb thrumming with digi-products, services and experiences, for gazillions of people. From Brick Lane to Bromwich and beyond.

It’s all rather Nathan Barley.

And that’s why, perhaps selfishly, us spoilt agency types should march our day-glo Air Max into schools and invest a bit of time with REAL, LIVING BREATHING YOUNG PEOPLE, through awesome events like BIMA D-Day.

Yes, as MJ said, children are the future and all that. And so we owe it to them to pass on our ninja digital skillz so that one day, they too can ride a fixie to work and Instagram their rare breed scotch egg at lunch time.

The thing is, it’s not just these young people who have something to learn from gnarly digital wizards.

I believe us agency people learn absolutely loads from BIMA D-Day too.

A day spent with teens is an absolute inspiration.

Last year, I was lucky enough to do D-Day in a school in North London. And, after getting over my initial terror at facing this sea of curious faces, (you can’t bluff a teenager, let me tell you. They can smell BS from 50 paces) my mind was blown by their knowledge, originality and, inventiveness.

One team looked so deeply into the future, they proposed a Facebook connected teleport app for a luxury holiday company. One of the tongue-in-cheek benefits in their copy was 'Great for the paranoid: no terrorist threats’.

Another team made a rough prototype in an afternoon. Just as a sales aid for their Apprentice-style pitch.

The way they blended and brainstormed was an eye-opener. So slick. Here’s the thing – these teens have grown up with technology in their lives. It’s not alien to them. And their expectations exceed our own. They want the product to work fast, in a millisecond, or it’s dead to them. It has to be interactive. Even textural to the touch.

These teens have ambitions for digital that most of us would struggle to tap into. And that’s what makes partnering with schools so awe-inspiring.  Of course, I’d never steal an idea, but its here in the classroom that we can encourage the entrepreneurs of not just the future, but the NOW. These young people are already inventing, creating and coding – they just need guidance to add rigour to their ideas.  It’s not beyond possibility that their ideas could become real before they exit their teens.

So, today I’m going to stand in front of 150 young people (and yes, I am wearing pink Nike trainers), and do my best to transfer what I know and inspire them to be brave and bold.  To imagine the future and then make it real.

But I know, I’ll leave having learnt more than everyone else put together, because this rowdy bunch are already brilliant.

I don’t care if that sounds soppy.

Find out more about BIMA D-Day: 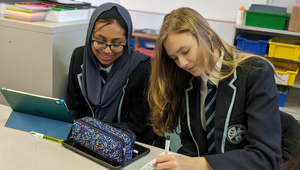