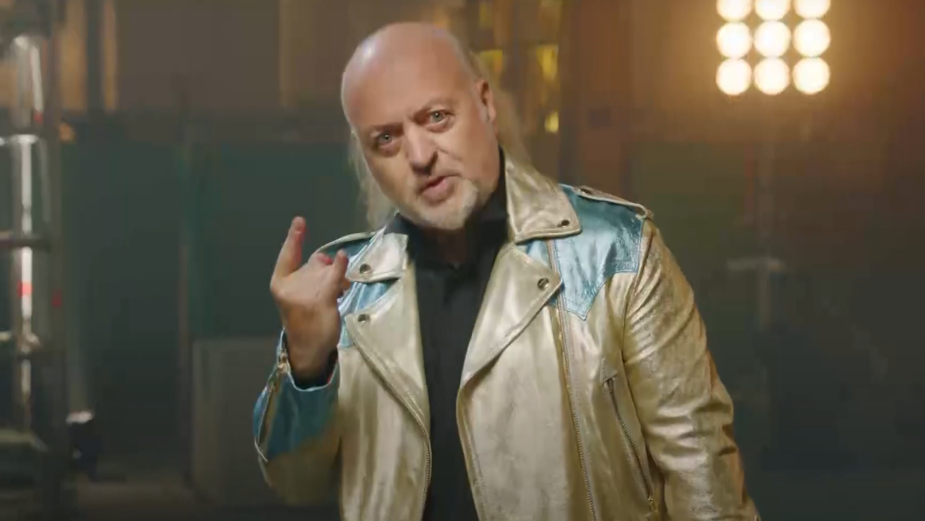 The new campaign comprises a TV advert, YouTube exclusive and two Video-on-Demand ads promoting the retailer’s latest ‘new term’ laptops. Each of the ads brings to life the brand mission of helping everyone to enjoy amazing tech, dramatising the lengths Currys PC World goes to, to ensure it offers the best possible tech to meet its customers’ needs.

The new Currys PC World ads dramatise the lengths that the retailer goes to, to ensure the tech it stocks is the best tech for its customers.

Bill Bailey is front and centre of the new campaign, demonstrating just how amazing each laptop he tests is.  Bill is joined by real Currys PC World colleague expert, NatashaVora, who helps Bill with the genuine tech testing.

The ad campaign goes live today, with the first advert airing on E4 just after 19:00 during Hollyoaks, where Bill Bailey and Natasha put the HP Pavilion laptop to the test. In the ad we see the laptop boot up in an impressive nine seconds, showing just how great a mid-range laptop it is for customers who need to upgrade, but don’t want a top of the range machine.

The ad breaks with a 60” execution and is followed by a 30” cutdown and runs for 30th August. This is then further supported by 40” and 30” VOD ads and three 20” YouTube pre-rolls which run until 14th September.

Look out for these follow-up Currys Ultimate Tech Tests breaking on air later in the month.

The retailer launches the advertising campaign ahead of a week of exam results announcements and as the return to university and college triggers students and parents to consider upgrading laptops and key study tech.

The adverts also give customers the chance to claim up to £150 off their new laptops with trade-in deal, and the retailer is also offering 5 months Apple Music, Arcade & News+ for free and free next day delivery.

Corin Mills, head of brand, comms and planning at Currys PC World: “As students and parents across the nation start to turn their attention to the forthcoming new term, we’re really excited to unveil our brand-new ultimate tech test adverts.

“It’s been fantastic to work with Bill Bailey, who puts the tech through its paces to showcase the lengths Currys PC World goes to stock the best around and how our amazing colleagues are helping the nation choose their tech, whether it’s for school, work, or home.”

The adverts were developed and produced by AMV BBDO and the Currys PC World’s team, alongside media partners Spark Foundry.