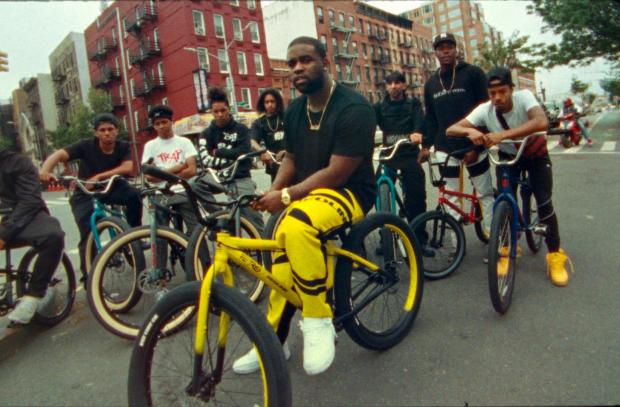 Hip-hop artist A$AP Ferg and legendary BMX bike brand Redline have designed 2019’s most desirable bike: the limited-edition A$AP Ferg x Redline. Instead of opting for a traditional ad campaign, the new bike is premiered in an epic music video for ‘Floor Seats’ - Ferg’s first track on his new album, also called ‘Floor Seats’ which will be launched on 25 July 2019.
The viscerally cinematic film is set in NYC and is made by Amsterdam creative start-up HERC the Agency and one of Paris’s hottest young directors, Valentin Petit. Redline is the original BMX brand, which has not only deep roots in racing, but also in authentic street culture.
“When you think BMX bike in Harlem, you think Redline,” says A$AP Ferg. “This collaboration is something I was really involved in and passionate about.”
Darold D. Brown Ferguson, Jr., better known by his stage name A$AP Ferg, is an American Rapper from New York City’s Harlem neighborhood. He has been a long-time supporter of the brand as his first bike was a Redline.
The Redline BMX brand is part of the international Accell group. The organisation’s marketing is led by ex-G-star CMO, Thecla Schaeffer.
Says Thecla Schaeffer, Accell Group CMO: “Now, more than ever, a collaboration only makes sense when there is a real connection between the influencer and the brand. Only then will the public think it’s genuine.
In this case, the connection is more than real: A$AP Ferg is an avid biker and Redline was his first bike growing up as a kid. Having always dreamt of creating his own bike one day - and then meeting him together with Redline was serendipitous event. The idea of leading a marketing strategy with a music video – and the concept behind the film – is from Amsterdam creative agency HERC. HERC is one of Amsterdam’s new breed of independent agencies.
Thecla adds: “HERC’s track record gave me trust that whatever we would produce would be unique and of high quality. I think they are the only agency in the Netherlands who truly understand how to tap into (street) culture with advertising. We ended up working with a very international team, united through the passion for BMX.” 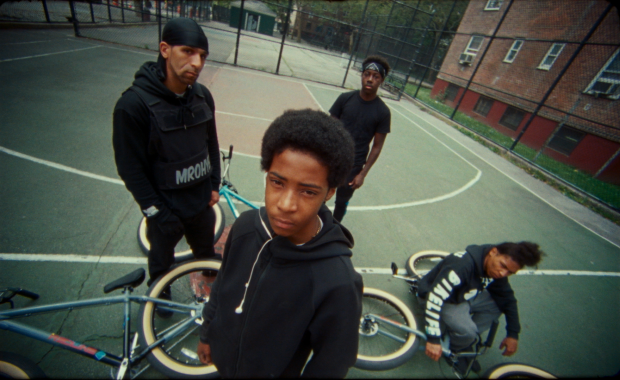 Speaking about the growing shift away from ‘advertising’ and more towards branded cultural content, creative directors and founders of HERC, Rogier de Bruin and Emilio de Haan say: “We’re driving culture – as a way to create authentic advertising. For us this is what great advertising is about. Creating original content, that moves on the edge of product design, fashion and music. Our vision is to make brands popular by making them part of pop culture.”
The music video captures ‘the spirit of Harlem’ and works perfectly as a promo for the bike by packing an authentic, cultural punch. To keep the feel very real, the casting took place on the street, via Instagram, and by tapping into the Ferg crew, which encompasses visual artists, stylists, dancers, musicians and more.
The video is directed by Valentin Petit, an up-and-coming director based in Paris who works through production company Division. To build on the real, raw and authentic feel, director Valentin Petit shot analogue, mixing 16mm and 35mm film. 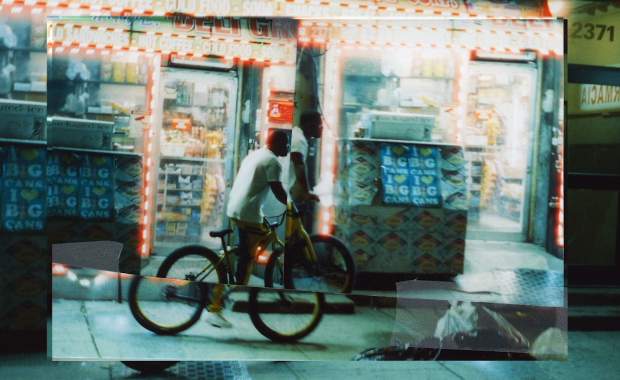 Valentin says: “I tried to bring the viewer on a crazy bike ride in Ferg’s neighborhood – immersing the spectator into his lifestyle. I consider biker crews like wolf packs: they own their territory by riding them. But, in this film Harlem is the real hero... It speaks for itself; its spirit is literally coming from everything: the buildings, people, shops, cars... I mean, you just can't cheat that.”
The video is set to new release ‘Floor Seats’ - which references UK band The Prodigy. A homage to The Prodigy’s anarchic spirit is felt in some of the techniques and style elements of the video.
Valentin adds: “Obviously, The Prodigy was an unavoidable element of this project. And it’s an honor to be able to work with such a great material. I tried to transcribe their energy through movement of the camera and dynamical editing. It was easy for me to stay true to their universe - in addition to using film, I just had to push the art direction with effects I love to use, like time-lapse or freeze time. Those tricks bring a modernity while at the same time remaining faithful to the origins of their music.”
view more - Creative