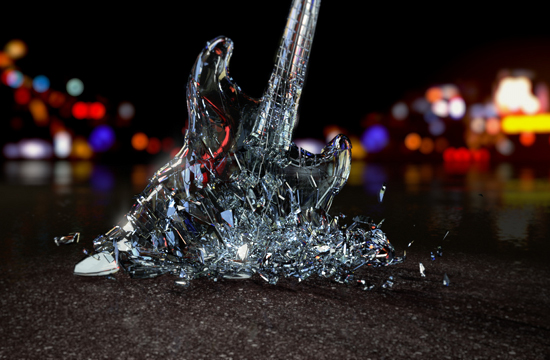 The A&E "Crazy Hearts: Nashville" show open was an exciting opportunity to showcase BIGSMACK's creativity. BIGSMACK wanted to create an iconic open in the spirit of the classic RGA titles: minimalist but executed impeccably. BIGSMACK's creative centred around the core themes of the show: sex, drinking and music. BIGSMACK had initially pitched the idea as a live-action shoot using the phantom camera and practical glass props, but in the end decided to execute it in 3D for creative control. Extensive use was made of Realflow's hardbody dynamics, fracturing and fluid simulations...simultaneously, which was no small feat. BIGSMACK also made use of the newly acquired Octane renderer, which brings photorealistic rendering to the production pipeline.