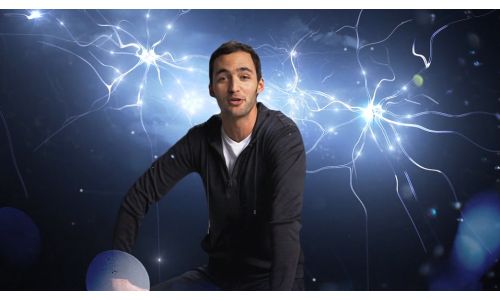 The team at BIGSMACK collaborated with the National Geographic Channel on the promotional campaign for Season 1 of the mind-tickling series “Brain Games.” The collective of creatives wrote, produced, and created extensive CGI and graphics for the launch campaign. The visionary efforts proved to be good as Gold...and Silver. BIGSMACK was recognized with the top awards for “Art Direction & Design: Program Promotional Campaign” and “Unscripted/Non-Fiction/Reality Programming Campaign.” In addition, the “Brain Games” campaign was also recognized with a Silver Award for “Art Direction & Design: Program Specific Logo.”

For Matt Hall, BIGSMACK’s Senior Creative Director, the win was a complete team achievement. “The host of ‘Brain Games,’ Jason Silva, has an unbridled enthusiasm which overflows in his stream of consciousness monologues,” says Hall. “We wanted to harness this energy in our creative. So we created a series of Brain Games that were all designed within a single large set. Jason actually ran from setup to setup delivering his lines as he went, and we filmed it with a steady cam in a single take. To say it was a challenge is an understatement. There were many moving parts: Jason's performance, the camera, the prop gags, and recording the audio. Our team pulled together and the result speaks for itself. A true team victory.”