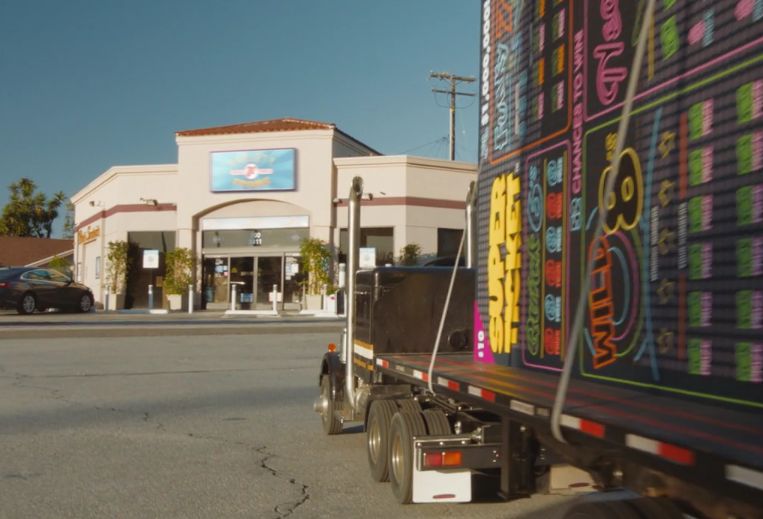 To launch the California Lottery’s Super Ticket, which boasts the biggest jackpot prize in the State’s history, Casanova//McCann teamed with Pet & Flo through Slim Pictures to capture an 18-wheeler truck driving across California carrying a gigantic Scratcher….and a clever surprise when the truck reaches its convenience store destination.

Production sleight-of-hand creates the illusion of a real truck, without implementing CGI or other post production. “Once we decided the way we wanted to shoot, the real challenge began,” said Fernando Poblete, Casanova//McCann Creative Director. “Every set-up was only good for a couple of seconds because as soon as the truck moved a little too much, the illusion was taken away.”