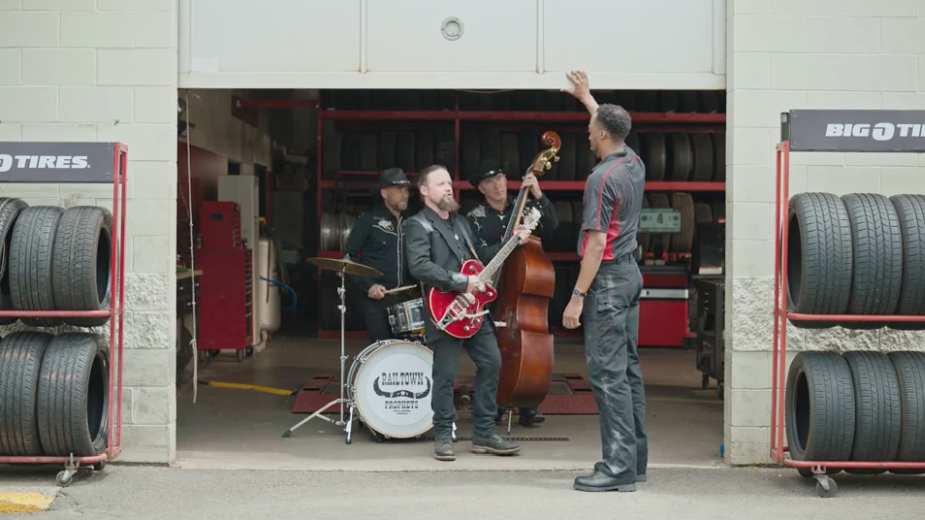 A new campaign from Big O Tires pays tribute to the backbone of their workforce in the most American way possible—by turning the theme of customer satisfaction into legendary theme songs.

The 'Trust Legends'' campaign, created by Barkley, uses real online reviews to pay homage to the real team members that consistently show up for their customers each day by creating a series of country-themed music anthems, sung by the band Railtown Prophets.

The series features actor portraits of actual Big O Tire associates doing their jobs. And, like real associates, the mechanics don’t have time to sidestep a theme band following them around. For example, one employee named Bruce, who rolls up the garage door is surprised (and a little annoyed) by the out-of-place appearance of a three-person country music band that follows him throughout his workday singing customer kudos like, “Born and raised and proud of this town, if you need tires you know who’s around, it’s Bruce — Big O’s Bruce.” Other spots feature Christine and Albert, who are equally busy and politely non-impressed by their new theme band.

“All of those positive customer reviews were made possible because Big O franchisee and staff are dedicating themselves to their jobs every day, and they deserve to hear that it makes a difference,” says Al Urban, VP of marketing and advertising at Big O Tires.

“During a time where so much of our day-to-day is spent connecting with people remotely online, we were inspired by the reviews that were deeply appreciative of positive in person interactions at Big O Tire service centers,” says Chris Cima, creative director at Barkley.

The campaign launched on January 11 and will air primarily across television and radio in 23 states across the country. In addition to the TV and radio spots, the campaign will run on social media and be featured in-store. 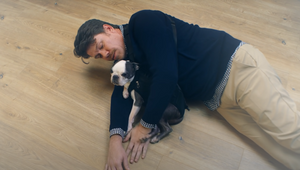 LL Flooring Has You Falling Over for its Budget Friendly Campaign 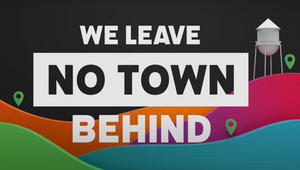 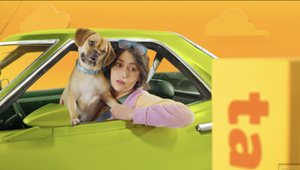 The World’s Most Expensive Advertising Book on Amazon is Selling for $1,000,000 Dollars
View all News