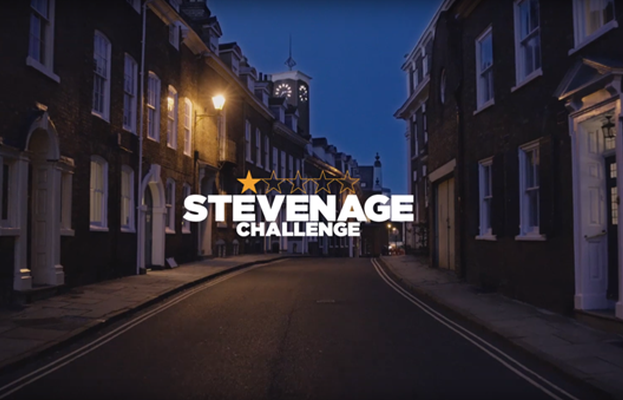 Challenge: To activate the partnership established between Stevenage FC and Burger King in June 2018, and take this opportunity to reinforce the brand preference and love among a young audience that are fans of video games.

Burger King made a branded jersey available for this team in the game and invited players to buy it and then carry out a series of challenges in order to win different rewards.

Participants could find instructions on how to participate in the operation on a dedicated website. They were then invited to share their in-game achievements by filming and sharing them on Twitter via the hashtag #StevenageChallenge.

Participants could win different prizes on their next Deliveroo orders: free delivery costs, side dishes or some burgers depending on the difficulty of the challenge. The campaign was then amplified with a commercial and user-generated content on social networks.

The plus and the minus: While many advertisers are used to setting up partnerships with well-known and successful teams, Burger King activated its partnership with a 'small' football team in an innovative and creative way.

Although the activation is in line with the audience's habits and has the merit of refreshing Burger King's communication which is often focused on its rivalry with McDonald's, the campaign doesn’t seem to have seduced fans, with only a few sharing achievements on Twitter.

2. Pizza Hut becomes the first brand to have the naming rights on a virtual football stadium 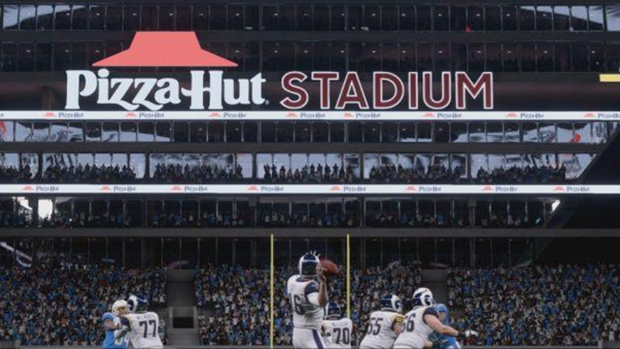 Challenge: For the game publisher EA Games, the objective was to find new ways to monetise its esport game environment. For Pizza Hut, the challenge was to refresh its audience by reaching young gaming fans.

Response: Pizza Hut became the first brand to have the rights to name a virtual football stadium. The pizza company has signed a partnership with EA Sports on the American football simulation game 'Madden NFL 20' for its 'Championship Series' esport competition.

All the games taking place during the competition were held in a virtual branded stadium.

The plus and the minus: While more and more non-endemic advertisers are seeking to get closer to the gaming culture, the in-game advertising is proving to be very clever.

In addition to providing good brand visibility, this partnership also respects gamers and does not alter their experience. This is good news for the sports-simulation games esports scene, as it puts forward a sustainable business model.

There are plenty of games which can allow brands to be integrated directly into the gaming journey. The Monster Energy drink brand presence in many scenes of Death Stranding (PlayStation game) also demonstrates this.

3. Rick and Morty cross the world of Death Stranding

For Death Stranding, a new action game with a strong narrative dimension published by Sony Entertainment, the objective was to extend its community (very attached to the designer Hideo Kojima) to a more mainstream audience, whose passion for video games and series such as Rick and Morty are common passion points.

Response: Adult Swim and Death Stranding have teamed up for a 30-second commercial in which we find the mature and zany humour of the series.

This video shows us the two protagonists evolving in a universe similar to Hideo Kojima's game. We can see Rick and Morty questioning the world around them, especially the presence of the 'Ghosts' and one of the intriguing elements of the game; the baby.

The plus and the minus: Crossovers between video games and films or series are becoming more and more popular and allow studios to raise the interest of high-potential audiences.

Here, the crazy worlds of Rick, Morty and Death Stranding are well represented and respected. Fans of the content will be delighted to find easter-eggs in this film.

This kind of operation also enables you to reach the heart of the fan community while having extremely strong mainstream potential.

4. Warner Bros offers an augmented reality filter on YouTube for the movie SCOOB! 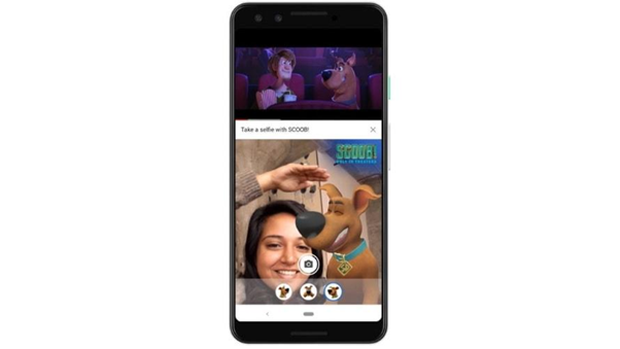 Challenge: Communicate on the SCOOB! launch, the new Warner Bros animation, in an eventful way by setting up an original and relevant activation for a young and digitally native audience.

Response: Warner and YouTube partnered to amplify the trailer of the movie SCOOB! with an augmented reality filter attached to it.

On the YouTube application, users watching the trailer of the movie were invited to open their camera and try an augmented reality filter based on the Scooby Doo character.

Available on iOS and Android, the filter offered three different animations, two where users could take pictures of themselves alongside Scooby and a third, where Sooby was placed on the users' heads following their movements.

The plus and the minus: Many social networks have developed their own augmented reality filters. Seeing YouTube develop this type of technology for its users is very interesting because it enables them to move from a 'passive' experience on the platform to a more active experience, interacting in other ways than just through 'Like' buttons or comments. It also gives users the opportunity to share their experiences and feelings with their friends while watching the trailer. This filter is a good initiative to create conversation around the movie. 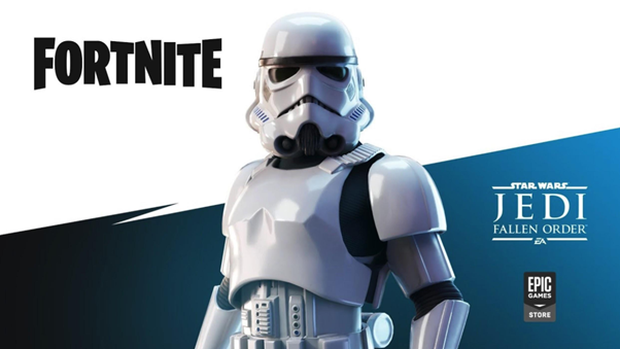 Challenge: For Star Wars: Jedi Fallen Order, the objective was  to make some noise for the game release on the 15th of November. For Fortnite, the challenge is to maintain its 'game as a service' strategy by releasing new content regularly to ensure the retention of its players.

Initially, the partnership was announced through a video trailer featuring two Stormtroopers bumping into some Fortnite’ characters.

Fortnite players could buy a Stormtrooper skin (integrated cosmetic element to change the appearance of the game's characters) in the Fortnite game shop (for 1,500 V-bucks or about 15 euros) and then represent the empire.

Users of the Epic Game Store who purchased Star Wars: Jedi Fallen Order received the skin for free in the Fortnite game.

Gamers could also find Interstellar Cruisers from the empire in the sky of Fortnite maps.

The plus and the minus: Fortnite is used to setting up very ambitious collaborations with other brands such as Batman and Avengers. While the elements of Marvel films had huge impacts on the gaming experience, here the collaboration with Star Wars is mainly aesthetic.

In addition, this type of activation is efficient because it generates conversation between players and fans of these licenses on social networks. However, partnerships between games and movies are becoming more and more common and more effort is needed to stand out.