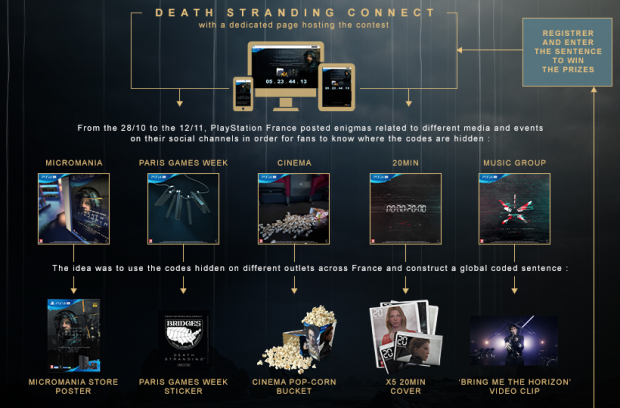 Surrounded by mystery since its first reveal, Death Stranding is the new game from the legendary creator, Hideo Kojima.

For its launch in France, PlayStation chose Biborg to orchestrate an activation where clues - in the form of puzzles - are hidden online and offline in different regions of France. PlayStation launched the giant treasure hunt quest on multiple platforms and devices in the form of enigmatic clues whereby fans are invited to decrypt codes together.

The activation lasted until the 19th of November. Clues could be found at the PlayStation booth during Paris Games Week, in Micromania stores, on popcorn cinema boxes, daily magazine 20min and in a music clip of the British rock band Bring Me the Horizon (their song Ludens is present on the soundtrack album of the game).

Designed by PlayStation and developed by Biborg, the launch campaign activation mixes a multitude of physical and online media with the aim of winning one of many prizes: a limited edition Death Stranding branded PS4, branded goody packs, products signed by Hideo Kojima, prizes provided by partners present in the game such as JFRey and Monster Energy sunglasses and many more. 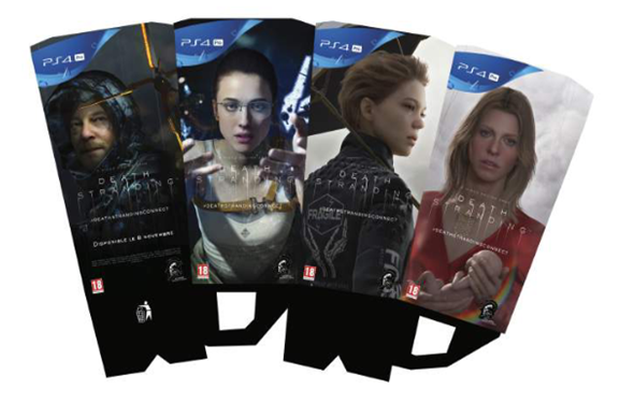 Valentin Hugon, business manager, Biborg, comments: “For this enigmatic game designed by a legend of the video game industry, PlayStation has entrusted us with the production of an online and offline treasure hunt. Beyond its scale, it also pays tribute to the cultural world of Hudeo Kojima and his mysterious teasing messages that have intrigued fans for a few months.”