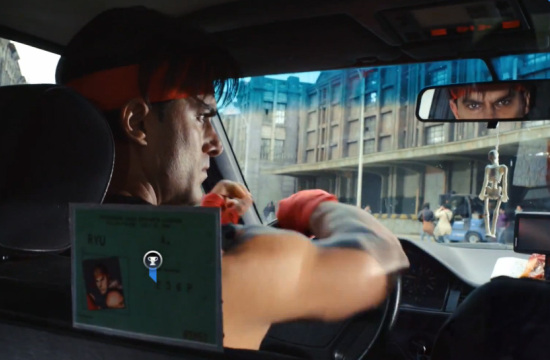 Having been closely associated with Sony Computer Entertainment Europe for more than two years, Biborg were commissioned to work on the digital elements of the THIS IS FOR THE PLAYERS campaign for the launch of PlayStation®4, including a rich media campaign and the interactive TV ad on YouTube.

Hosted on the European PlayStation YouTube channel, the interactive experience is based on the TV ad directed by the agency 180 Amsterdam and allows users to find 50 hidden elements revealing content including exclusive videos, artwork and downloadable elements that celebrate PS4 and PlayStation’s gaming heritage.

The idea developed in conjunction with Sony Computer Entertainment was to enhance and deepen the campaign experience in interactive media channels.

“Through a highly interactive user experience we invite the Players to discover in detail the iconic references in the TV ad, celebrating the history and the future of gaming on PlayStation,” states Ismaël El-Hakim – Associate Director and Digital Producer, Biborg.

To drive users to the experience, a series of YouTube Masthead formats will be broadcasted on YouTube’s homepage in 14 European countries.

Innovative Rich Media units – labelled as ‘Rising Stars’ by the Internet Advertising Bureau (IAB) - were produced by Biborg. The Interactive Pre-roll, is an augmented version of the classic Pre-roll format, allowing users to engage and interact with the video content. The Filmstrip includes social content with YouTube videos and live Twitter feeds that are also compatible with Mobile and Tablet devices.