Trends and Insight 349 Add to collection

As Biborg’s London office looks forward to its second birthday, Kais looks to the future 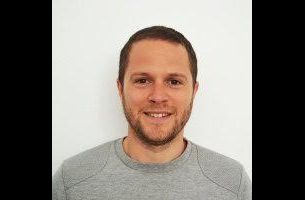 LBB> Where do you come from?

Kais Ali Benali> I grew up in Algiers and Paris, studied in Lyon, lived in Shanghai for a bit and started my career in London.

LBB> What have you done before joining Biborg?

KAB> I worked at DigitasLBi for eight months before I moved to London back in 2010 to join Sony PlayStation Europe. I spent five years there as a Digital Strategist working on major PlayStation game releases.

I joined Biborg as the UK Business Director and Partner and opened our London offices in June 2015 together with Bruno, François and Ismaël (Biborg’s co-founders).

LBB> What is Biborg UK?

We opened our offices in London in summer 2015 with the aim of expanding our relationships with UK clients. Many European campaigns are indeed conceived and produced in London, especially in the gaming and entertainment sectors. It makes sense for us to have an office here in London and be closer to our clients.

LBB> Biborg UK was launched in June 2015 - what has been happening since then?

KAB> Time has flown incredibly fast since we opened in June 2015. I guess it’s fair to say we’ve been busy overall, and it’s only getting worse, ha! On a more serious note, we’ve been extremely lucky to be working with fantastic clients, all being key leaders of the entertainment and gaming industry.

We’re blending in the UK culture as we grow, bringing our French touch and enjoying the fantastic mix of cultures.

LBB> What is your role at Biborg UK?

KAB> As the UK Business Director & Partner, I’m in charge of running the gig here in London. My role is mainly strategic in developing and nurturing solid relationships with our clients and partners, while building a strong team of passionate people and real experts in their domain.

LBB> What are the main projects you are working on?

KAB> The variety of projects we’ve had since we opened our London office is a real bliss. From huge European online display advertising campaigns to more tactical video content and in-store/events brand activations, it’s never been the same day twice.

As we grow, we see ourselves being invited to much bigger pitches too. We are Google's Certified Marketing Partner and are being more involved in media recommendation on each and every project. It’s nice to see that our clients trust our capacity to understand their challenges on the big picture.

LBB> And what recent advertising projects are you particularly proud of and why?

KAB> From the smallest project to the biggest one, honestly, all of them. We work with the same passion on every single project.

LBB> Who are your clients?

LBB> What is your vision of the UK market in terms of interactive advertising?

KAB> The UK is a very advanced market in terms of interactive advertising. It’s the cool kid of the European classroom and its maturity forces us to push boundaries even further when it comes to creating the unexpected.

LBB> Has Brexit had any consequences on your business?

KAB> It made sense for us to open our offices in London in 2015 as, again, most of the leaders in the Entertainment and Gaming sectors have their European headquarters here. It still very much makes sense two years after. Whether or not Brexit will affect the business is hard to say at this stage.

I guess the global trend is to try to narrow things down and convince people it’s better that way. We stand for opening things up, mixing cultures and breaking boundaries.

LBB> So, outside of work, what are you into? What keeps you going?