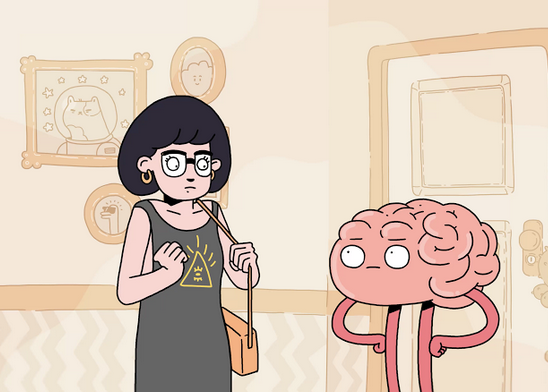 beyondblue has become the first not-for-profit organisation in Australia to advertise via Snapchat with the ‘Brains have a mind of their own’ campaign. Recently launched, the Youthbeyondblue campaign is designed to empower young people aged 13-18 years to respond effectively to depression or anxiety through recognising key signs and symptoms

It is the first project for Youthbeyondblue undertaken by J. Walter Thompson, which was responsible for the creative development and all production elements.

MediaCom Melbourne developed the media strategy based on key insights around the consumption and behaviours of the youth audience. Significant paid channels utilised for this audience include YouTube, mobile display and video pre-rolls, XBOX, Facebook, search and Snapchat Discover via news.com.au’s channel.

Snapchat was recommended in direct response to its enormous and growing potential to reach over two million young Australians who engage with the platform each day.

“We know from beyondblue’s research that the stigma associated with depression and anxiety is a huge barrier against young people seeking support,” said Tim Holmes, J. Walter Thompson Creative Director.

“Our creative aims to show young people that it’s not them, but their brains that can be strange – it’s their brain that may cause them to think weird things, or act irrationally. It’s a simple message, working to remove the stigma from depression and anxiety and empower teenagers to identify their own symptoms and take action.  We hope the campaign, which stars a pesky animated brain, will go a long way to address this issue.”

The animations depict a world where teenagers are constantly disrupted, harassed, annoyed, distracted and provoked by their own brains. In each element of the campaign, the brain is intent on getting its own way, but through the darker humour shines the possibility of help and support at www.youthbeyondblue.com. This site gives young people the information, tools and confidence to seek support when they need it.

beyondblue CEO Georgie Harman said the campaign had been designed specially to cut through the crowded social media space and grab the attention of young people.

“Too many young people hesitate to speak up when they are struggling, often because they are worried how others will perceive them. This campaign aims to show teenagers that experiencing depression or anxiety doesn’t mean they are weak or weird, it simply means that their mind is giving them a hard time, but there’s something they can do about it.”

News.com.au general manager Julian Delany said: “Snapchat’s audience of young mobile consumers is highly engaged and we are delighted beyondblue has partnered with news.com.au to be Australia’s first sponsor on the Snapchat Discover channel. The partnership will see the launch of a new video ad format for us - full-screen, vertical aspect-ratio video ads. We're excited to see how this performs."

Further campaign support comes from two major additions to Youthbeyondblue’s website including: a new ‘Brain Quiz’ and the relaunch of the Youthbeyondblue Forum to encourage a supportive and healthy online community.

In the coming weeks more videos will be released addressing new symptoms that may be particularly relevant to young people, including not enjoying the things they normally would; always feeling on edge, and not getting help because they are worried about what others will think.

The campaign will run through to July 31, 2015. Early results have been extremely positive, in its first week there were approximately 340,000 views of the first two animated videos, plus visits to Youthbeyondblue.com were up 206pc on the same period last year.