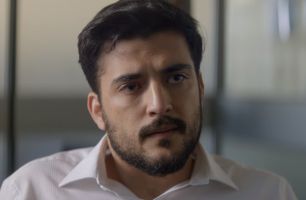 Clemenger BBDO Melbourne and beyondblue are encouraging Australians to 'Know When Anxiety is Talking' in the agency's first piece of work since winning a place on the mental health organisation's roster.

The campaign launches the 'Know When Anxiety is Talking' platform which aims to raise awareness of anxiety in the community, and help those experiencing symptoms to better understand anxiety and seek support.

The campaign launches with a piece of film directed by Glendyn Ivin, titled Catch Up, which has been crafted to drive self-reflection among those experiencing an anxiety condition and empathy across the wider community, with the campaign extending across TV, radio, social content and out of home communications.

Says Matt Pearce, planning director, Clemenger BBDO Melbourne: "We all get stressed from time to time. That's a part of life. But anxiety is not stress, despite them often being lumped together. Strategically we had to find a way to separate anxiety from the individual and showcase what makes it distinct from a common stress response."

'Know when anxiety is talking' is a long-term platform that will roll out for beyondblue over the next three and a half years.

Says Georgie Harman, CEO, beyondblue: "Anxiety is the most common mental health condition in Australia affecting two million people in any given year - twice as many as depression. It affects one in four Australians in their lifetime, yet a third of those take a year to recognize their symptoms. One in six take six years or more.

"beyondblue is dedicated to helping all Australians achieve their best possible mental health and raising public awareness of anxiety is a major focus of our work."

"We've made great strides in educating Australia about depression, yet anxiety remains widely misunderstood. It is a serious and common mental health condition, but the good news is there's hope and treatments that work."

"We commissioned the team at Clemenger BBDO to help people recognise the symptoms of anxiety and reflect on whether they might experience it, ultimately driving change into the future."

Says Luke Thompson and Rohan Lancaster, creative directors, Clemenger BBDO Melbourne: "It's pretty remarkable that people can live with anxiety for years before they recognise its symptoms. The tendency is for them to believe it's just stress. The campaign is designed to help people recognise the symptoms and start dealing with the issue earlier."