Beyond Red White and Blue: Celebrating Brands That Stand Up For Freedom

In light of the Fourth of July weekend, Carla Fernandez, General Manger at Enso, looks at the brands making a real difference in society 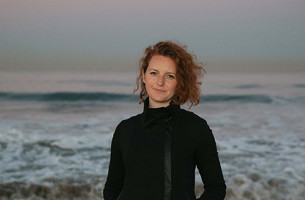 In Obama’s speech on marriage equality last Friday, we were reminded that, “the project of each generation is to bridge the meaning of [our] founding words with the realities of changing times.” The iconic American value of independence is coming alive in new and urgent ways - shifting from a focus on territorial freedom and patriotism, to freedom of opportunity and choice as we fight for the right to start businesses, plan our families, and marry who we love.

And as another change occurs - one where people are increasingly shifting their buying mindset from that of consumer to that of citizen, using their dollars to support what they believe in, brands are being asked to rethink how they too stay engaged with a changing culture. With Fourth of July right around the corner, we can’t avoid the onslaught of red white and blue packaging, the brand messaging about what freedom means to x restaurant or y retailer, and some over the top offers to help us make the most of the holiday weekend.

But what about the brands that are going beyond the patriotic window dressing and are proactively protecting modern day freedoms? Looking beyond just traditional cause marketing - i.e. donating proceeds to a nonprofit per purchase for a limited time - there are major brands taking a shared value approach, aligning the core of their business to values that real people care about. When this is done right, as business grows modern day solutions for protecting freedom can scale hand in hand.

So which brands should we really be supporting this Independence Day?

A crucial 4th of July salute goes to the people who’ve risked or lost their lives to protect our political freedom - and some brands are going beyond just saying “thanks” to developing programs that help make the transition home more easy. Starbucks CEO Howard Schultz is tapping into the veteran talent pool – bringing well-trained and deeply committed new baristas into his stores – while also moving the needle on a high unemployment rate for veterans. By boldly announcing the creation of 10,000 jobs for vets and spouses by 2018, Starbucks is setting a new standard for how brands authentically welcome home our troops.

In the last few years, one of the most widespread and disputed conversations around independence is open access to information and the web. Here at enso, we’ve worked with Google to repeatedly rally their users to ensure those freedoms aren’t compromised by crushing legislation or autocratic regimes. From defeating SOPA in 2011, to rallying 3.2 million people to fight web regulation by China and Russia at the United Nation’s ITU, Google is continuously on the lookout for potential threats to a #freeandopen web. Since it’s good for the world, and is also good for their business, there’s an ongoing business incentive to champion freedom online for the long haul.

One of the most vivid examples of late is the brand support for marriage equality. While every social media manager across the land had a congratulatory sharegraphic for decision day - there were a few key brands that loudly supported marriage equality before there was light at the end of the legislative tunnel. Kenneth Cole’s billboard takeover in NY, Apple CEO Tim Cook coming out in a Businessweek essay, Levi’s White Knot campaign to dispute Prop 8 and others showed that using a big brand’s scale and voice to stand up for what they believe in can make a big impression. Given examples like JCPenny’s whiplash for casting an openly gay Ellen Degeneres as their spokesperson -  it does take guts to be truly supportive and can require a longer-term brand building awareness beyond just the immediate ROI.

As Unilever CEO Paul Polman puts it, businesses today are shifting from “advertiser to solutions provider.” We recognize the tireless teams working day in and out to protect freedoms around the world - from empowering people in conflict zones, to promoting reproductive equality, and enabling entrepreneurs. For this Fourth of July, we invite brands to deeply inquire how their business needs overlap with a type of freedom the world is needing, and take a stance to protect and scale that form of equality 365 days a year.