A new animation was conceived by Frank Caruso, King Features’ Vice President/Creative in collaboration with Posen 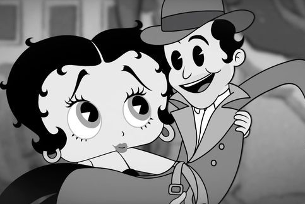 The animation was conceived by Frank Caruso, King Features’ Vice President/Creative in collaboration with Posen and is part of a larger Betty Boop campaign that reveals a new dress collection designed by Zac Posen and a new M·A·C Cosmetics lipstick shade, both using an exclusive Pantone color, “Betty Boop Red.” King Features, alongside Betty Boop owner Fleischer Studios, reached out to Nylon Studios for an original music score to pair with the animated campaign.

The piece features a voiceover from Posen, which was recorded in Nylon’s NYC studio, and marks the first time the renowned designer has been recreated as an animated character. The contemporary soundtrack accompanying the animation was crafted by Nylon composer Zac Colwell and acts as a melodic ringleader to the bustling and flashy world of speeding taxis, whimsical dress reveals, climatic street arguments and Betty’s hypnotising winks that take part during Betty and Posen’s adventures in New York City.

Nylon Studios went to great lengths to ensure that the entire sound stayed true to the globally recognised Fleischer Studios Betty Boop animation, while simultaneously bringing in a modern flair to cater to the new digital age to engage viewers and unveil her signature “Betty Boop Red” look.

It has been nearly 30 years since Betty Boop has appeared in new animation and this campaign pulls out all the stops to introduce the femme fatale and feminist icon to the digital age.