Trump-inspired installation was created by FCB EMEA group, FCB Happiness and aims to be as provocative as the mockumentary 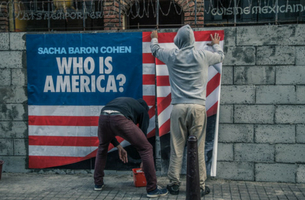 Sacha Baron Cohen, the master of mockumentary television, strikes again with his new hit series 'Who is America?' – a show that has already pissed off Dick Cheney, the NRA, Sarah Palin, and many others.
The Belgian television channel BeTV briefed agency Happiness, an FCB alliance, to promote the hit show in an equally provocative and fun way, so they showcased the key image of the show in a place you really can't miss: by putting the poster up on real walls, which they built… in front of Mexican restaurants.
LOCATION LOCATION LOCATION
In total, three walls were built, overnight. None of the restaurant-owners were notified beforehand, but luckily, they had a good sense of humour. No complaints were filed. On the contrary - the out-of-home installations left passers-by with a mix of curiosity and discomfort, which was the advertising campaign’s primary goal. This stunt illustrates that ‘outdoor’ as a category isn’t essentially synonymous with billboards, but can push the edges of how to engage people. 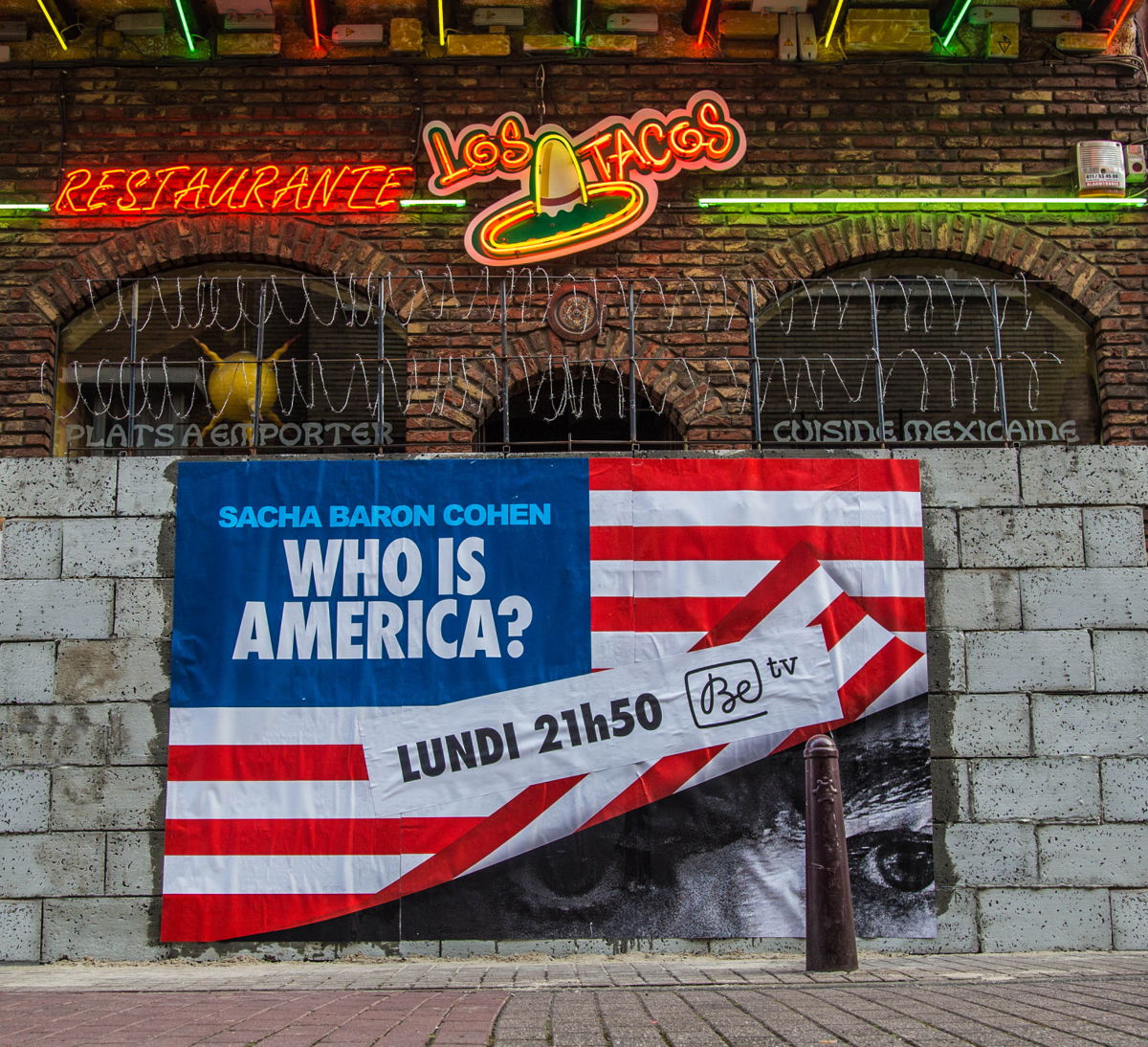 BRICKS, GLUE AND COJONES
In ‘Who is America?’, Sacha Baron Cohen investigates the real America, and leaves no stone uncovered - whether it be gun laws, immigration policies or political views.
The seven-episode series explores the diverse individuals who populate the United States of America, from the infamous to the unknown, across political and cultural spectrums. 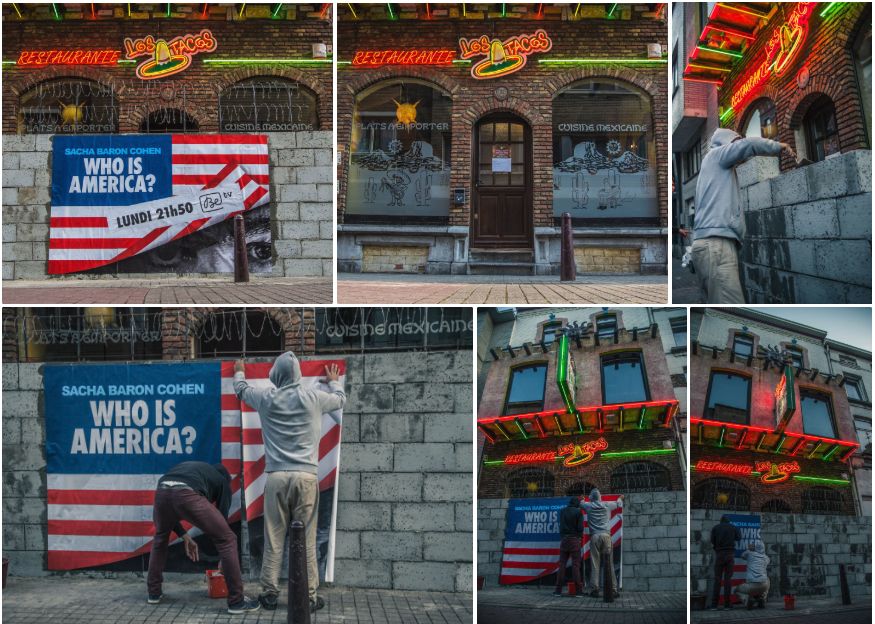 It’s Sacha Baron Cohen at his best: intelligently exposing the true nature of people and pushing the limits of what he can get away with. In that sense, this outdoor campaign is definitely Cohen-worthy. All it took was some bricks, glue and cojones. The poster reads: Who is America?
The show airs every Monday at 9.50pm on BeTV.
view more - Creative