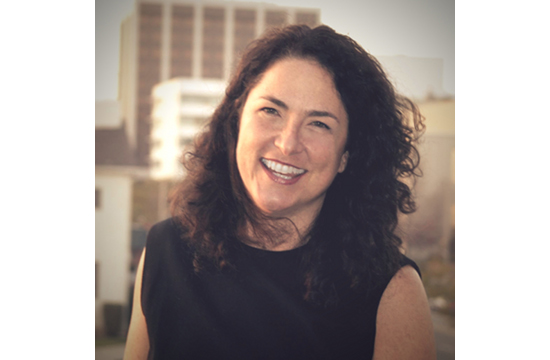 Editorial company jumP is proud to announce its powerhouse LA executive producer Betsy Beale has been elected President of AICE’s west coast chapter. Betsy takes the presidency with an invaluable wealth of industry experience, having spent the last decade collaborating on award-winning advertising campaigns on both the agency and editorial sides.

Of her newly appointed position, Betsy says, “I’m very excited to work with my wonderful peers as part of AICE. It’s an honour to be involved in welcoming new talent into the fold, and to help move the industry forward during this unprecedented time of change.  Not to mention that associate members like The Mill - companies that jumP works with every day - are now a part of the group, which is exciting.”

Betsy has earned many accolades over her impressive career, learning the spectrum of the industry producing for both the agency and post production sides. After studying film at Boston University, Betsy produced at TBWA\Chiat\Day San Francisco before going on to head editorial studio Lost Planet LA as EP for the next 7 years. The opportunity to post produce a TV series for Y&R took Betsy to New York, before she returned to LA to work at chrome. Betsy joined jumP as executive producer in 2011, where her experience and insight made her the perfect person to represent and leverage the company’s creative editorial team.

As a natural leader and cultivator of talent, Betsy has been indispensable to jumP’s growth on both coasts. Of her role, she says, “The most rewarding part of being an EP is finding and building young talent.” One such example being Patrick Griffin, who first worked with Betsy at Lost Planet as an assistant, and is now a senior editor at jumP LA. Betsy has led the work on jumP’s many award-winning campaigns with top agency partners, including last year’s 'Changing Lanes' film for Lexus out of Team One. The clip, directed by Melina Matsoukas, went on to win editor Richard Cooperman an AICE award.

Betsy Beale accepts presidency of the association’s west coast chapter with a passion for the vibrant post production community and its contributions to emerging media content. As a company leader that keeps pace with the ever-changing industry at jumP each day, Betsy is in the prime position to address these challenges and welcome post production’s newest creative talents as AICE President.