Beth and Thomas return from big agencies in New York 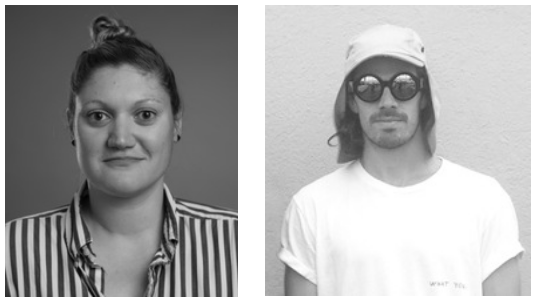 O'Brien was lured back to Colenso after a successful stint in New York as an associate creative director at R/GA and Droga5, where her and her partner created some of the country's most high profile work. During the most contested election in U.S. history, The New York Times and Forbes Magazine labelled their Role Models spot for Hillary Clinton "a masterpiece of political advertising" and a "Hall of Fame-level" ad. O'Brien has won over 40 national and international awards, including New Zealand's only ever a black pencil for K9FM, which she made at Colenso before leaving to the States.

Darlow returns from 5 years at R/GA NY. His We Are America campaign has been viewed over 120 million times, and is up for an Emmy at this year's awards. And his last year's Mamba Day campaign for Nike was the most successful shoe launch in history. The campaigns picked up 5 lions at this year's Cannes festival, and made Thom half of the R/GA network's most awarded team globally.

Says O'Brien: "I'm stoked to return to the Colenso BBDO family. Colenso is an immensely special place. It's full of uniquely talented people, who work tirelessly to push the boat out on what's possible. The creative department, lead by Wortho and Levi, has all the hallmarks of a true operational studio, which I love to bits. There really is no agency like it. I can't wait to get back, have a beer with the team, and get stuck in."

Says Dowling: "I'm frothing to get weird with the industry's best."