Betfair Gets 'More To Play For' With New Campaign from Cubo 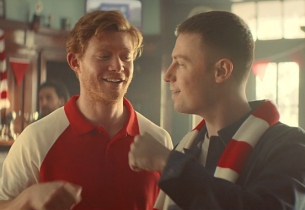 Leading creative agency Cubo has been appointed as agency of record by Betfair, one of the world’s largest international online sports betting providers, to launch ‘More To Play For’; an integrated, multimedia campaign, which kicks off on Saturday, 8th August and will run throughout the 2015/2016 football season.

The campaign has been designed to resonate with football bettors, while distinguishing Betfair from its competitors, by bringing to life the genuine excitement and anticipation of match day. The ads feature vignettes of real-life match day experiences and highlight the emotional involvement of football bettors and fans, a first in the category.

Dave Smith, Director of Advertising at Betfair, said: “Cubo have both a genuine love of football and an understanding of the recreational bettor, and have the capacity to develop strong creative ideas across multiple channels that integrate well. Cubo also understand that Betfair must form a meaningful and emotional connection with football bettors by embracing the culture and spirit of football.”

Chris Walmsley, Co-Founder & Head of Planning, Cubo, said: “Our aim is to make Betfair the go-to betting site for the football season, by getting under the skin of today’s football fans. By embracing the language and culture of the sport, team rivalries, pundits chat and match day rituals, the ads tap into the fan’s memories and evoke the heart and soul of match day.”