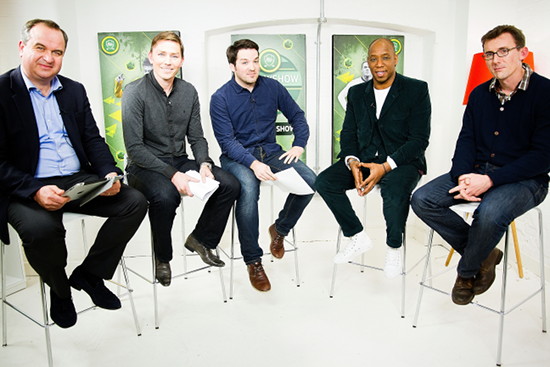 Planned and bought by Arena, #DrawShow will be broadcast live from 4.30pm GMT on Friday 6 December 2013 on ballstreet.co.uk, betting.betfair.com, and across Betfair’s platforms, and simultaneously across a wide number of websites and blogs. The initiative targets football fans, capitalising and further driving excitement around the World Cup Draw.

Following on from Ball Street’s success on transfer deadline day when its digital alternative to Sky Sports News was watched by nearly 200,000 fans, Ball Street will again be teaming up with the likes of AOL, Huffington Post, Caught Offside and Football 365 to stream #DrawShow live and provide real time reaction before, during and after the draw.

Fans will be able to watch all day on Friday, starting with a special draw preview show with Ian Wright, and culminating in #DrawShow live with presenters Nihal (Radio One), Neil ‘Razor’ Ruddock (ex-England & West Ham), Matt Holland (ex-Ireland) and Marcus Speller (The Football Ramble) from 4.30pm. The live show will also include guest appearances from the likes of World Cup Winner and Tottenham legend Ossie Ardiles.

With live reaction from the team, fans watching the live digital stream will be able to use social platforms to join the experience, react and interact on England’s chances following the draw.

Beamed from the Hospital Club in London, the highly interactive and audience-driven #DrawShow will be filmed in front of a live audience, with the first half pre-recorded, and the second half broadcast live.

Ball Street Co-Founder Matt Wilson explains: “We are one of only a handful of companies who are truly innovating in the online video space and that makes Ooyala the perfect partner for us.  #DrawShow is social and digital by design and a genuine digital alternative to the official feed.”

Mark Ody, Brand Director at Betfair, commented: “Betfair are delighted to have teamed up with Ball Street in order to deliver a real time video experience that will truly power the thrill of the World Cup draw for fans”

Edd Bowsher, Business Director at Arena added: “Arena spotted an opportunity for Betfair to get ahead of the curve here, and we're truly excited to have established a relationship that will allow a bookmaker to enter a new and exciting space that puts them right at the forefront of what really matters to football fans – content, discussion and opinion. We hope this is the beginning of an ongoing and fruitful partnership for Betfair and Ball Street.”