BETC's Evian Spider Baby Suit is Now Up for Auction 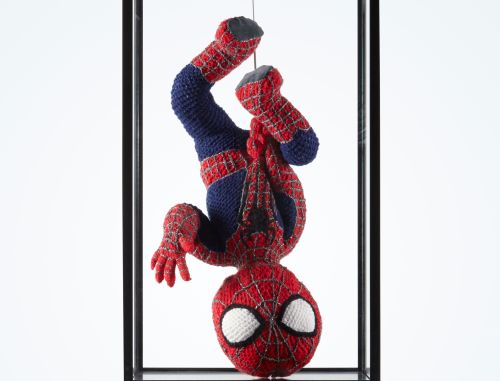 The hand-knit miniature Spider-man outfit worn by the young hero of the "evian Spider-man - The Amazing Baby & Me 2" spot is now listed on Ebay. Bidding is open until July 17th, 2014.

Think back - Spider-man stops short after seeing an unusual reflection in a mirror on a New York street: the spitting image of himself... as a baby. Stunned, he tests out his mini-me who meticulously reproduces each and every one of his movements, his leaps and spins. This evian film, which debuted April 2nd, has already been viewed 30 million times.

And now, good news for all those bitten by the legendary Spider-man's charm: they can buy the little one's famous costume for themselves. The knitted baby super-costume, in which the little hero wriggled to fame with such grace and agility, is up for auction on Ebay.

This original hand-knit model is not meant to be worn but, rather, is intended for fans and collectors.

Suspended in a stand-alone glass case, the museum-quality display was assembled by a fashion designer. Of course, we owe a big thank you to the celebrated baby who agreed to give up his costume, no doubt because he wa so moved by the fact that all of the benefits from the sale are being donated to UNICEF. The proceeds will finance infants' vaccinations in Africa, a new chapter in the long history of evian's commitment to newborns, which started with screening for phenylketonuria from 1967 to 1972, and has continued with ongoing support for midwives over the past 20 years, and, in 2011, as a partner in the "Marche des Bébés" (Walk for Babies) to encourage research into premature birth. 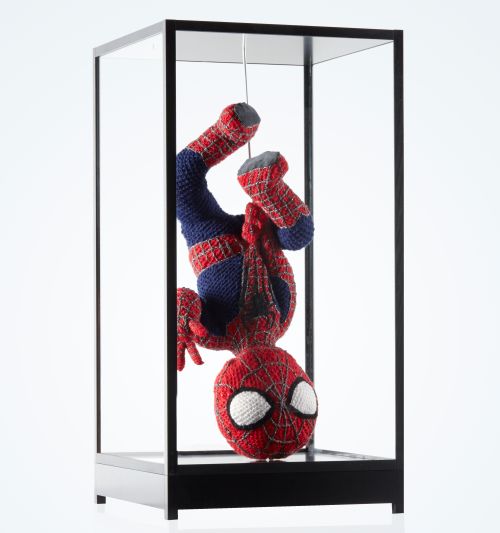